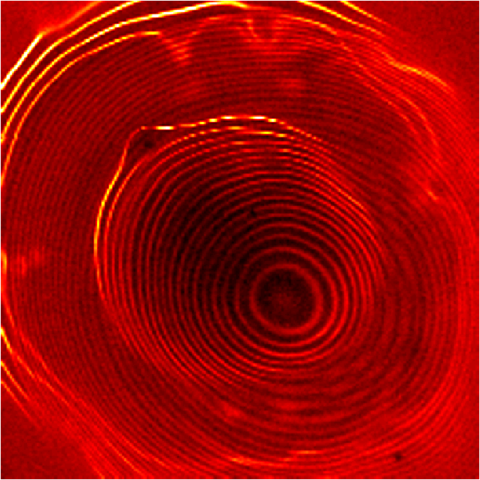 Researchers at the National Institute of Standards and Technology (NIST) and their colleagues have for the first time created and imaged a novel pair of quantum dots — tiny islands of confined electric charge that act like interacting artificial atoms. Such “coupled” quantum dots could serve as a robust quantum bit, or qubit, the fundamental unit of information for a quantum computer. Moreover, the patterns of electric charge in the island can’t be fully explained by current models of quantum physics, offering an opportunity to investigate rich new physical phenomena in materials.

Unlike a classical computer, which relies on binary bits that have just one of two fixed values — “1” or “0” — to store memory, a quantum computer would store and process information in qubits, which can simultaneously take on a multitude of values. Therefore, they could perform much larger, more complex operations than classical bits and have the potential to revolutionize computing.

The high bandwidth demands created by our mobile and smart devices, data storage, and cloud computing centers is growing by leaps and bounds. And the ubiquity of fiber optics is a big part of this. Analysts are predicting the global fiber optics market will be worth $9 billion USD by 2025. Much of this will be driven by the aforementioned technologies but also by new technologies such as VR/AR.

But none will have more impact than machine learning. The compute power needed and the demand for machine learning performance is driving more and more developers to move AI applications to the edge and away from the cloud. One of those companies is Luminous Computing, a machine learning startup that has set itself on the lofty goal of leveraging photonics to fit the computing power of the world’s largest supercomputers onto a single chip for AI processing.

Source: How Machine Learning Is Changing The Future Of Fiber Optics | Design News

The European Commission stopped short of banning vendors such as Huawei from participating in Europe’s 5G networks, instead approving a new set of guidelines to support what it hopes will be a secure and coordinated deployment of 5G throughout the European Union.

The new EU toolbox for 5G is the fruit of efforts to create a common European approach to 5G network security.

Orange France has selected Nokia and Ericsson as vendors for its 5G network across France.

Under the terms of the agreement, Nokia and Ericsson will provide a package of products and services to deliver 5G, including antennas and associated professional services.

BT has warned that It will cost £500 million to remove Huawei equipment from parts of its network under the government’s decision to limit the vendor’s role in the UK’s 5G plans.

The figure, based on a period of five years, includes EE’s 5G Mobile network as well as its full fibre broadband networks. Currently BT uses more Huawei uses in its masts and towers than allowed under these new rules and will force the operator to strip its equipment out and replace it with gear another vendor.

The arrival of Bentley’s amazing Flying Spur luxury sedan last year spells the end for the Mulsanne, the brand’s previous posh flagship. When Mulsanne production ends in a few months, so will end the run of Bentley’s storied 6.75-liter V8 engine.

The Flying Spur is powered by the parent company Volkswagen Group’s corporate W8 and W12 engines rather than a hoary English V8 with roots that run back to The War.

Microchip has developed a space-qualified Ethernet communication solution based on a Commercial Off-the-Shelf (COTS) for space applications.

Microchip’s first space-qualified Ethernet transceiver offers the possibility of interoperability between satellites and other space vehicles, all based on a commercial off-the-shelf (COTS) solution. Applications range from launch vehicles to satellite constellations and space stations.

The increasing complexity of systems has led to the spread of distributed architectures.

Notwithstanding some initial confusion, the government’s limitations on Huawei look relatively transparent. Banned from “core” networks, it will not be able to provide more than 35% of the site equipment in any national 5G network or carry more than 35% of a network’s traffic (the distinction is important because city sites are far busier than rural ones). Huawei faces similar restrictions in the fixed broadband market as well, though the metric used there is homes passed.

Inevitably, this means some operators will have to cut back on Huawei. BT is the most heavily exposed, having relied on the Chinese vendor to build its 4G network in urban areas. Because operators need to use the same vendor across 4G and 5G — or risk interoperability problems — much of this 4G equipment will have to go.

If Huawei accounts for about two thirds of the entire network, as reports suggest, BT may have to replace equipment at some 12,500 sites. 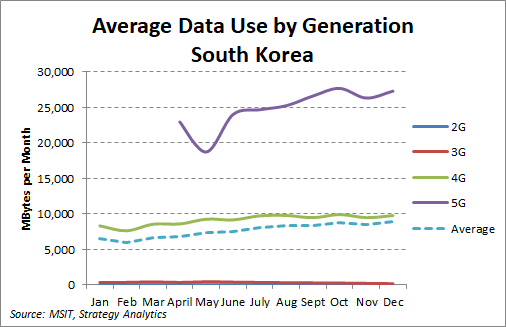 Kendall noted that part of the reason so much traffic moves over the country’s 5G networks is because Korea’s 5G customers are mostly signing up for unlimited data plans. He calculated that more than two thirds of 5G users in South Korea are on unlimited plans — far more than customers on 4G and 3G — and that South Korean 5G customers consumed an average of 33 GB per month in the fourth quarter of 2019.

Micron Technology chose CES 2020 to unveil its DDR5 chip, which is ironic, since the latest iteration of DRAM will initially find the most demand from data center applications before popping up in client devices.

In amongst giant wall-mounted LEDs, smartphones, and “impossible pork,” Micron announced it had begun sampling its DDR5 Registered DIMMs based on its industry-leading 1znm process technology. Director of data center marketing Ryan Baxter told EE Times in a recent telephone interview that because DDR5 doubles memory density, it will feed the need in data centers for growing processor core counts with increased memory bandwidth and capacity. However, it will be nine months to a year before sampling will begin in large quantities to a wide variety of customers, he said.

“Mainstream customer sampling begins the latter part of 2020, in preparation for a ramp that’s going to occur right around about a year from now,” Baxter said.