Investors who bought Tesla shares on the rise are undoubtedly ecstatic. Those who shorted Tesla shares are likely depressed. Technophiles and true believers are enthusiastically trumpeting Elon Musk’s vision of the future. The cautious who invest based on economic fundaments are shaking their heads, but with a certain degree of grudging amazement.

National security professionals should be afraid.

OK, so Tesla might be a risky stock. It might crash. But has that to do with national security?

Everything. The crash—which will also affect other high-valuation stocks—will hurt defense industry, the U.S. dollar, and add weight to the building wave of deglobalization.

Source: How a Stock Bubble Could Unwind America’s National Security – Defense One

Everything is new about Northrop Grumman’s attempt to help the military link everything it can on the battlefield. One day, as planners imagine it, commanders will be able to do things like send autonomous drones into battle, change attack plans midcourse, and find other ways to remove humans and their limitations from decision chains that increasingly seem to require quantum speed.

Northrop’s Innovation Center in McLean, Virginia, looks so new it could have sprung up in a simulation. Its Washington metro rail stop doesn’t even appear on many maps yet.

Northrop is hardly alone. Over the last few months, various weapons makers have begun showing off all sorts of capabilities to reporters, while military officials detail their own efforts to link up jets, tanks, ships, and soldiers. As they describe it, it’s a technological race to out-automate America’s potential adversaries.

But real questions remain about the Pentagon’s re-imagining of networked warfare. Will it ever become more than glitzy simulations? And have military leaders thought through the implications if it does?

Source: War on Autopilot? It Will Be Harder Than the Pentagon Thinks – Defense One

Europe’s momentum in developing a clear-eyed approach toward China has stalled. In March 2019, the European Commission issued a white paper naming China a systemic rival and economic competitor.

That publication marked a fundamental shift in how far European institutions were willing to go in raising the challenges China poses to Europe’s openness and prosperity. It also reflected shifts that were occurring in capitals across Europe. Just as the European Union was rolling out its white paper on China, German Chancellor Angela Merkel was arguing that Europe should view China as a competitor as much as a partner, and French President Emmanuel Macron warned China that “the period of European naivety is over.”

However, since those March proclamations, neither the EU nor individual European leaders have taken the meaningful steps needed to close existing vulnerabilities in Europe’s relationship with China, stand up for European values of democracy and human rights, or strengthen Europe’s resolve against Chinese economic and political pressure.

Corruption of the justice system has two major elements. The first—at issue in the Ukraine scandal—is the use of state power to go after one’s enemies. The other is the ability to restrain government power to reward one’s friends and allies.

A dramatic display of this latter power took place today, Feb. 11, when the U.S. Department of Justice, having articulated in court its view of an appropriate sentence for President Trump’s associate Roger Stone—convicted recently on multiple felony counts—confronted an angry presidential tweet and then meekly reversed course in a second filing.

The action prompted multiple career prosecutors to withdraw from the case.

Source: The President Tweets and the Justice Department Complies – Lawfare 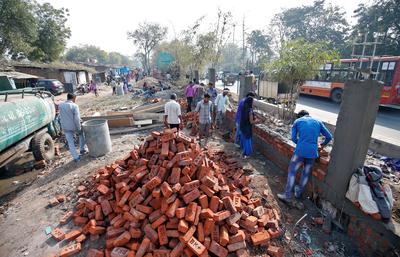 U.S. President Donald Trump will be shielded from the sight of slums by a newly built wall when he visits the city of Ahmedabad during a visit to India this month.

A senior government said the wall was being built for security reasons, not to conceal the slum district.

But the contractor building it told Reuters the government “did not want the slum to be seen” when Trump passes by on the ride in from Ahmedabad’s airport.

Source: Another wall goes up for Trump, this time in India – Reuters 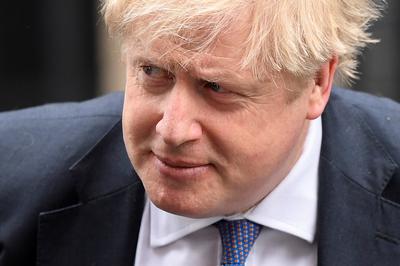 Prime Minister Boris Johnson forced the resignation of his finance minister on Thursday for refusing to toe the line, a sign he was tightening his control in a government reshuffle designed to deliver his vision for Britain beyond Brexit.

Johnson, who had wanted to minimise any disruption from his long-planned cabinet revamp, quickly replaced Sajid Javid with his deputy Rishi Sunak, a loyal supporter of the prime minister who is often put before the media to sell government policy. The United States has extradition treaties with more than a hundred countries. But even with treaties in place, extraditions are often contentious and sometimes become embroiled in geopolitical friction. Instances in which countries have no extradition treaty often stir the most public interest, as is the case with former Nissan executive Carlos Ghosn, who fled to Lebanon from Japan, where he faces possible jail time on financial misconduct charges.

Extradition is the formal process of one state surrendering an individual to another state for prosecution or punishment for crimes committed in the requesting country’s jurisdiction. It typically is enabled by a bilateral or multilateral treaty.

Some states will extradite without a treaty, but those cases are rare.

Source: What Is Extradition? | Council on Foreign Relations Invoking an article in the constitution, the 38-year-old Bukele had ordered legislators to come to a special session of the assembly on Sunday to approve his plan to request a $109 million loan to fund his gang-fighting security initiative, known as the Territorial Control Plan.

When they refused to appear, uniformed security forces went to the homes of opposition legislators, delivering orders from the president to attend. Many refused, leading to a lack of a quorum in the legislature.

After he and the security forces left the Legislative Assembly, Bukele issued a one-week ultimatum to lawmakers, demanding they approve his funding request.

It appears he is growing impatient with democracy. That’s a dangerous development for a country with a history of civil war and a severe problem with gang violence.

Source: In El Salvador, Bukele Sends an Ominous Signal With His Military Show of Force 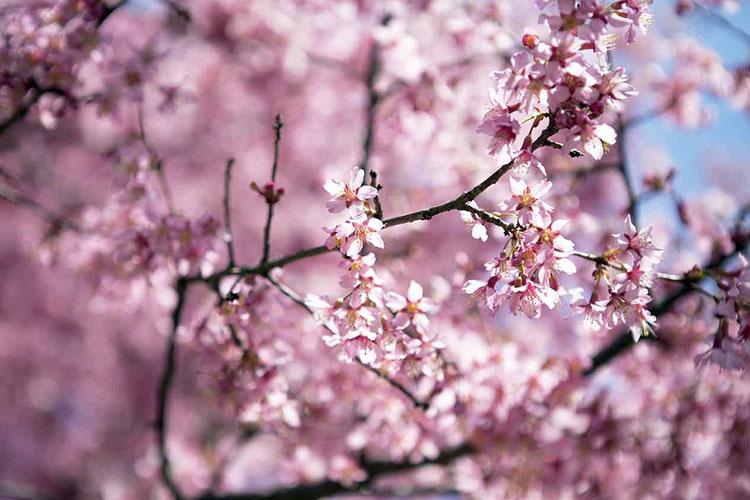 The Japan Meteorological Cooperation has released its second cherry blossom forecast for 2020 for Kyushu region.

Here are the predicted blooming dates and full bloom dates for those looking to see the sakura in Japan this spring.

The Justice Department’s interference in the sentencing of President Trump’s former advisor Roger Stone was largely unprecedented and will likely dampen morale across the career workforce, former prosecutors with decades of experience said on Wednesday.

Trump and Attorney General William Barr outraged many onlookers when Justice altered the sentencing recommendation for Stone, a former Trump confidante who was found guilty last year of making false statements, witness tampering and obstructing an official proceeding in connection with the special counsel’s investigation led by Robert Mueller.

Career prosecutors working on the case recommended Stone be sentenced to seven-to-nine years in prison before department officials intervened and asked for a lesser sentence. All four attorneys told the court they were withdrawing from the case in response to the interference and at least one resigned from the department altogether.