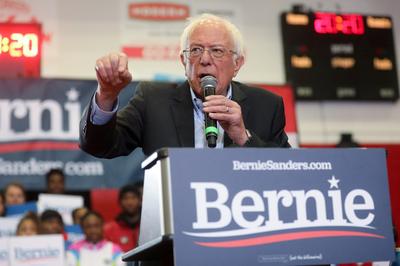 With the field of Democratic contenders deeply fragmented ahead of the all-important Super Tuesday contests in 14 states on March 3, chances are growing that no contender will amass the majority of delegates needed to clinch the nomination outright.

PredictIt, one of the most active markets taking bets on U.S. politics, on Thursday implied a better-than-even chance that neither Senator Bernie Sanders of Vermont, the national-front-runner, nor his rivals will secure the minimum 1,991 delegates needed to win the nomination on the first ballot at this July’s convention in Milwaukee.

Source: How the Democratic nominating battle could end in a messy ‘brokered convention’ – Reuters

READ  FAA says it's finally catching up to drone technology; several programs in the works
Powered by Inline Related Posts