Across the United States, courageous leaders at the local level are responding with creativity and resolve to promote more inclusive growth, but they face a challenging combination of disruptive forces (Poethig et al. 2018). For example, the adoption of digital technologies and automation in the workplace is reshaping established industries, and workers hoping to access quality jobs require very different skillsets than in the past (Muro et al. 2017).

There are also profound demographic changes underlying these economic trends, yet there remain biases in many public policies that make it difficult for young and diverse populations to find economic success (Frey 2018).

We’ve got a health crisis and an economic crisis. The only thing missing is a foreign policy crisis. So far, this may just be good luck. It happens occasionally in history that natural and man-made catastrophes converge to create even bigger disasters.

The 1918 influenza pandemic came as Europe was still reeling from four years of war. Societies were ravaged, governments were dysfunctional, millions were displaced, hungry, without shelter, on the move. Who knows how much worse the pandemic was because of the conditions created by the war? And who knows how much more difficult it was to recover from the war, psychologically and politically, as well as physically, because of the pandemic?

A more striking example of converging catastrophes came in the late 1920s and early 1930s.

Source: We’re a nation all too ripe for another shock 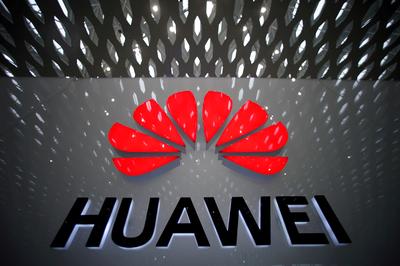 Huawei warned on Tuesday that 2020 would be its most difficult year yet due to American trade restrictions which dealt a blow to its overseas sales in 2019, and predicted the Chinese government would retaliate against the United States.

The world’s largest maker of telecoms equipment issued the warning as it reported its weakest annual profit growth in three years. It said Beijing could hit back against U.S. measures to restrict chip sales to Huawei, by restricting sales of American products in China and by shifting to alternative suppliers in China and South Korea.

“The Chinese government will not just stand by and watch Huawei be slaughtered on the chopping board,” Chairman Eric Xu told reporters at the launch of Huawei’s annual report. 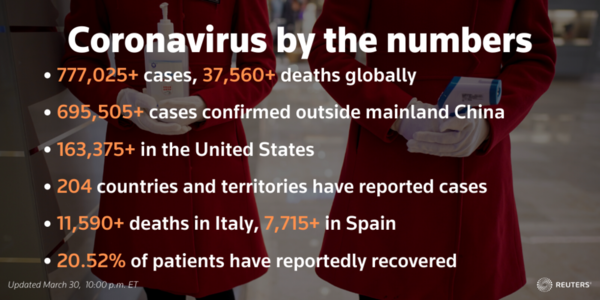 The world’s busiest land border has fallen quiet as restrictions to contain the coronavirus prevent millions of Mexicans from making daily trips north, including many who work in U.S. businesses. 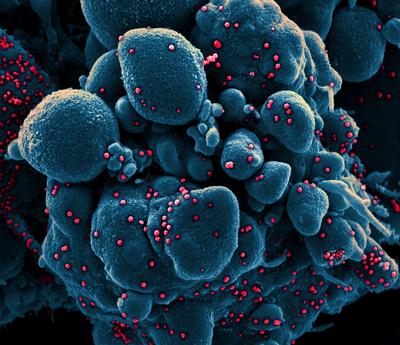 As U.S. spy agencies seek to assemble a precise picture of the world’s coronavirus outbreaks, they are finding serious gaps in their ability to assess the situation in China, Russia and North Korea, according to five U.S. government sources familiar with the intelligence reporting.

The agencies also have limited insight into the full impact of the pandemic in Iran, although information on infections and deaths among the ruling class and public is becoming more available on official and social media, two sources said. The COVID-19 pandemic is forcing Putin to reconsider plans for two major political events this spring, both of which are intended to enhance his image. The first is the constitutional referendum, originally set for April 22.

The second is the celebration of the seventy-fifth anniversary of the victory over Nazi Germany on May 9.

The referendum will underscore his domination of Russian politics, while the anniversary celebrations will reinforce the legitimacy of the current regime.

With COVID-19 surging around the globe, however, neither event will give him the political boost he had anticipated, and, if mishandled, each could badly tarnish his reputation. 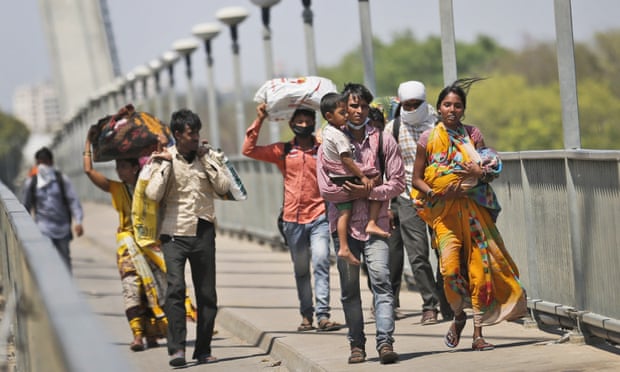 It followed the announcement last Tuesday night by the prime minister, Narendra Modi, that for the next 21 days the entire country of 1.3 billion people would be under lockdown to prevent the spread of coronavirus. Shops, factories and restaurants would all be shut and people would be confined to their homes for all but essential activities.

While it was met with approval by experts and health professionals, the lockdown has already proved catastrophic for India’s millions of migrant and daily wage workers, who earn their salary hundreds or sometimes thousands of miles away from home and live a hand-to-mouth existence.

With no way to earn money and feed their families for at least three weeks, millions decided last week to head back to their villages in order to survive.

Source: India racked by greatest exodus since partition due to coronavirus | World news | The Guardian

Hungarian prime minister Viktor Orbán, aided by his country’s parliament, has hinted that day might come later than expected, and not because of the harm done by a virus. Earlier today (30 March), Hungarian MPs voted for a bill that will allow Orbán’s power to essentially remain unchecked. It declares a state of emergency; it allows him to rule by decree; it ensures there will be no new elections; it renders misinformation, presumably as defined by the Hungarian government, punishable by up to five years in prison; and it makes disobeying quarantine or isolation punishable by five to eight years in prison.

It does all of this for an indefinite, undetermined, undefined period of time. This is how it will be until Orbán decides otherwise.

Source: How Viktor Orbán used the coronavirus crisis to hand himself unlimited power Iran is one of the countries hit hardest by the coronavirus.

Yet in the face of this public health crisis, President Donald Trump is continuing his “maximum pressure” campaign against Iran with crippling U.S. economic sanctions that were imposed after Trump unilaterally abandoned the international nuclear agreement curbing Iran’s nuclear program in May 2018.

As recently as two weeks ago, the Trump administration imposed further sanctions against Iran as punishment for its behavior in the Middle East. A decision last fall to tighten sanctions on the Central Bank of Iran made it nearly impossible to actually use long-standing exceptions for shipments of food and medical supplies to Iran—from any country, not just the United States.

Source: A Global Pandemic Is No Time to Maintain Punishing Economic Sanctions

In over seven years running Chicago Public Schools, I never once closed schools because I knew how important schools were to vulnerable children. In addition to learning, schools provided needed sustenance in the form of meals to our mostly low-income students, as well as structure, play, camaraderie and, for some, safety.

The coronavirus is different, and I support the closing of schools during the epidemic. Kids, teachers, other school employees, families, and all of us would be at much greater risk if the schools stayed open. One of the key factors in containing the Spanish Flu of 1918-19 was the early closing of schools.

Source: Amid school closures and social distancing, finding hope in a crisis