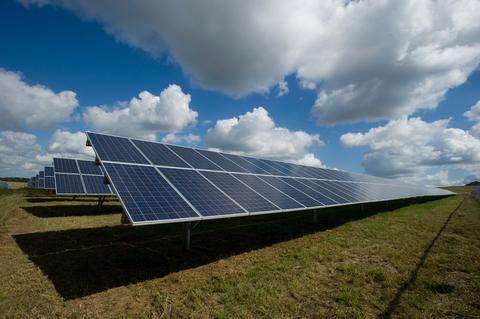 Silicon, the best-known semiconductor, is ubiquitous in electronic devices including cellphones, laptops and the electronics in cars.

Now, researchers at the National Institute of Standards and Technology (NIST) have made the most sensitive measurements to date of how quickly electric charge moves in silicon, a gauge of its performance as a semiconductor. Using a novel method, they have discovered how silicon performs under circumstances beyond anything scientists could test before — specifically, at ultralow levels of electric charge.

The new results may suggest ways to further improve semiconductor materials and their applications, including solar cells and next-generation high-speed cellular networks. The NIST scientists report their results today in Optics Express.

Unlike previous techniques, the new method does not require physical contact with the silicon sample and allows researchers to easily test relatively thick specimens, which enable the most accurate measurements of semiconductor properties.

Source: How Low Can You Go? Lower Than Ever Before | NIST

The O3b mPOWER system enables Orange to ramp up its consumer and business services, stating with the Central African Republic. Once operational in 2022, O3b mPOWER will deliver multi terabits of global throughput to drive digital transformation and cloud adoption.

In such applications, an isolated power supply is needed to provide power to different electrical components. To ensure human safety, industry standards require reinforced isolation, which is twice the necessary level of isolation required for proper operation of the equipment.

In the tumultuous year since the second fatal crash of a Boeing 737 MAX aircraft, the engineering community has looked on with puzzlement and — in some quarters — disdain as the aircraft manufacturer struggles mightily to get its MAX fleet back in the air.

The last several months have seen the ouster of Boeing CEO Dennis Muilenburg, indecision at the U.S. Federal Aviation Administration, outrage among the families of victims and enough huffing and puffing by lawmakers to keep the MAX grounded.

Within the engineering fraternity, there is much consternation and debate over the MAX design and its fatal lack of redundancy.

In defending its solution to airframe instability — the now notorious Maneuvering Characteristics Augmentation System, or MCAS — Boeing executives have told lawmakers that pilots were the backup system for MCAS.

There are questions that would have been easier to get answers for, had those with the answers all gathered at MWC.

Aiming to free up critical midband spectrum for 5G services, the Federal Communications Commission (FCC) voted to auction a large slice of the C-Band and establish procedures for the June auction of the 3.5GHz CBRS band.

Many generations of older Windows systems are still widely used in industrial Internet of things (IIoT) and industrial control system (ICS) installations. The fact that Windows 7 reached end-of-life last month only broadens the already-vulnerable attack surfaces of IIoT and ICS networks and gives hackers even greater opportunity to infect them with malware and disrupt operations.

These vulnerabilities are not a small problem. According to the 2020 Global ICS and IIoT Risk Report by OT security firm CyberX, unsupported, unpatched, and unprotected Windows operating systems including Windows XP, 2,000, and now 7 account for 71% of sites examined.

A “mission extension vehicle” launched in October completed the first successful docking this week with an operational communications satellite running out of fuel.

Northrop Grumman said this week its MEV-1 spacecraft successfully linked up with the Intelsat 901 satellite to provide “life-extension services.” Besides refueling, the service includes on-orbit checkouts and relocation of the 18-year-old communications satellite that is part of an Intelsat constellation in geosynchronous orbit.

Despite the Mobile World Congress cancellation, the pursuit of 5G grows fiercer by the hour, especially among electronics players who are hitting silicon performance limits for 5G RF front-end modules.

The U.K. Government’s decision to allow Chinese infrastructure group Huawei to continue supplying equipment in the country, but at a controlled rate, will have significant and lasting implications for many in the industry, even leaving aside the politics and security concerns.

Huawei has also been excluded for gear in the security sensitive ‘core network’ as the country gears up for 5G.

Those with the biggest calls to make include: the country’s mobile and landline network operators — notably BT, Vodafone and Three; Huawei itself as regards its business in the U.K., perhaps its most significant in Europe; and the alternative network gear providers — Nokia, Ericsson, and Samsung.