For years in the Afghanistan war, many experts complained that the United States was “moving the goalposts,” adding objectives, and allowing “mission creep.” If that’s true, then the peace agreement signed with the Taliban on Feb. 29 moves the goalposts all the way back to the one-yard line, and relies on the other team to score the touchdown for us.

The accord formally gives up on the out-of-fashion U.S. goals of building a democracy based on the rule of law, and promoting civil organizations to bolster the society for the future. Even the desire to provide Afghan women with western-style rights, or anything close to that, is being left to the Afghans to determine.

It’s important to remember that the United States did not invade Afghanistan to help the Afghan people.

We invaded to protect ourselves — to prevent Afghanistan from again becoming a base for attacks on the United States as it was on 9-11.

Source: Finding ‘The End’ to Our Story in Afghanistan May Be The Best We Could Do – Defense One

The evidence of China’s deliberate cover-up of the coronavirus outbreak in Wuhan is a matter of public record. In suppressing information about the virus, doing little to contain it, and allowing it to spread unchecked in the crucial early days and weeks, the regime imperiled not only its own country and its own citizens but also the more than 100 nations now facing their own potentially devastating outbreaks.

More perniciously, the Chinese government censored and detained those brave doctors and whistleblowers who attempted to sound the alarm and warn their fellow citizens when they understood the gravity of what was to come.

Some American commentators and Democratic politicians are aghast at Donald Trump and Republicans for referring to the pandemic as the “Wuhan virus” and repeatedly pointing to China as the source of the pandemic.

Yet in de-emphasizing where the epidemic began (something China has been aggressively pushing for), we run the risk of obscuring Beijing’s role in letting the disease spread beyond its borders.

Source: China Is Avoiding Blame by Trolling the World – Defense One

House Democrats are indicating they want to go bigger and broader than the already massive economic stimulus package offered by Senate Republicans to blunt the coronavirus pandemic.

On a Thursday conference call featuring more than 200 members of the House Democratic caucus, lawmakers one by one laid out a sweeping wish list of provisions they want to see included in the nascent package, including a boost in infrastructure spending, an expansion of Social Security benefits and funding for states to set up an all-mail voting system in the event the pandemic extends into November’s elections.

The coronavirus pandemic has spurred calls for national unity, with officials urging people to protect each other by avoiding crowds, staying home if possible and keeping hands squeaky clean.

But as in so many aspects of modern American life, politics is dividing the country, whether it comes to individual views of the threat of the virus or the reaction of state and local governments in handling it.

A Pew Research Center study released Wednesday found deep divisions between Democrats and Republicans, with 59% of Democrats – and 33% of Republicans – calling the virus a major threat to U.S. health, despite the fact that medical experts and epidemiologists have warned that the virus could affect many millions of Americans, regardless of political party or state.

Source: The Political Divide Over the Coronavirus | Politics | US News

The protocols for helping stop the spread of the novel coronavirus are by now familiar: Wash your hands frequently, avoid crowds and telecommute.

For millions of homeless, low-income or disabled people, however, running water can be a luxury, remote work isn’t an option and social distancing in a shelter or densely packed public housing is next to impossible. Never mind the difficulty of self-isolation or getting medical care for coronavirus concerns.

As a result, conditions like those in some of the nation’s largest cities, including COVID-19 hot zones such as Seattle, New York and San Francisco, could accelerate the spread of the potentially deadly virus through the nation’s most vulnerable populations, according to homelessness activists, housing officials and advocates for low-income communities.

Langevin is one of millions of Americans watching their livelihoods disappear as the novel coronavirus, which has now spread to every state in the U.S. and killed more than 100, is wreaking havoc on the economy.

Since the weekend, Ohio, Washington, Indiana, New York and several other states have moved to close or restrict the operations of bars and restaurants.

Many other businesses have shuttered voluntarily, and many more will likely follow as would-be customers shelter in place.

Source: Coronavirus Is an Economic Tsunami for Service Workers | National News | US News

Calls for government bailouts are growing louder across industries as the coronavirus pandemic and Americans’ self-isolation response grinds domestic economic activity to a standstill.

Bailouts have traditionally been thorny subjects on Capitol Hill, but President Donald Trump’s administration is pushing lawmakers to prop up industries as the disease wreaks havoc on the economy and looms over his reelection campaign.

“Airlines would be No. 1” for a bailout, Trump said on Wednesday, also acknowledging hotel and cruise industries as “prime candidates” for federal support.

The coronavirus pandemic has thrown America’s aviation industry into genuine chaos. Planes are flying with only a handful of passengers. Terminal halls are desolate. Customs processes overwhelmed.

But most Americans don’t even fly once a year, meaning a struggling aviation industry can seem like a problem strictly for business travelers and select vacationers.

Yet aviation is not a luxury industry.

Source: We should bail out airlines during the coronavirus pandemic—but on taxpayers’ terms After the Supreme Court rejected the last petition by one of the four convicts in the 2012 Delhi gang-rape and murder case to stop their execution, they were hanged as scheduled at 5.30am on Friday at Tihar jail. 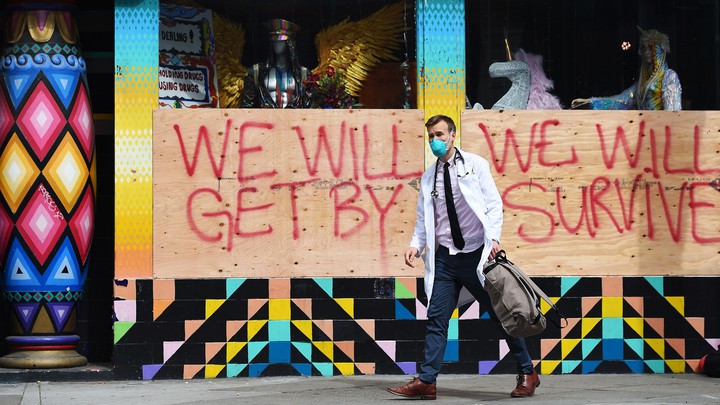 While many watched the coronavirus spread across the globe with disinterest for months, in the last week, most of us have finally realized it will disrupt our way of life. A recent analysis from Imperial College is now making some Americans, including many experts, panic.

The report projects that 2.2 million people could die in the United States. But the analysis also provides reason for hope—suggesting a path forward to avoid the worst outcomes.

We can make things better; it’s not too late. But we have to be willing to act.

Source: This Is How We Beat the Coronavirus – The Atlantic