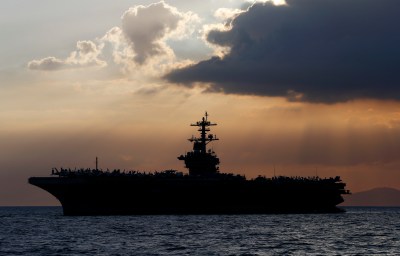 The captain of a U.S. Navy aircraft carrier facing a growing outbreak of the coronavirus was fired Thursday by Navy leaders who said he created a panic by sending his memo pleading for help to too many people.

Navy Secretary Thomas Modly said the ship’s commander, Capt. Brett Crozier “demonstrated extremely poor judgement” in the middle of a crisis. He said the captain copied too many people on the memo, which was leaked to a California newspaper and quickly spread to many news outlets.

READ  The Evil List: Which tech companies are doing the most harm?
Powered by Inline Related Posts