We were warned in 2012, when the Rand Corporation surveyed the international threats arrayed against the United States and concluded that only pandemics posed an existential danger, in that they were “capable of destroying America’s way of life.”

We were warned in 2015, when Ezra Klein of Vox, after speaking with Bill Gates about his algorithmic model for how a new strain of flu could spread rapidly in today’s globalized world, wrote that “a pandemic disease is the most predictable catastrophe in the history of the human race, if only because it has happened to the human race so many, many times before.” If there was anything humanity could be certain that it needed to prepare for to prevent the deaths of a lot of people in little time, it was this.

We were warned in 2017, a week before inauguration day, when Lisa Monaco, Barack Obama’s outgoing homeland-security adviser, gathered with Donald Trump’s incoming national-security officials and conducted an exercise modeled on the administration’s experiences with outbreaks of swine flu, Ebola, and Zika.

The simulation explored how the U.S. government should respond to a flu pandemic that halts international travel, upends global supply chains, tanks the stock market, and burdens health-care systems—all with a vaccine many months from materializing.

Source: We Were Warned – Defense One

Quarantine is not a new strategy in America. As our colleague Andre M. Perry, Princeton sociologist Patrick Sharkey, and several others have pointed out, our nation’s go-to approach for “solving” social problems has long been spatial segregation and boundary drawing, from redlining, to racist urban planning, to concentrating health hazards in poor neighborhoods.

A more granular examination of our policies of separation reveals that they have also been used to keep the most vulnerable populations within communities in crisis. The ways in which we’ve quarantined these groups in ordinary times—from those without a permanent home to those in the criminal justice system—provide the most potent illustration. Now, as these systems, including our jails, prisons, and homeless shelters, crack under new pressure from COVID-19, they present the most obvious indication that further isolation will not see us through long-term recovery.

As COVID-19 starkly exposes the frailties of our health, welfare, and justice systems, there is an opportunity—and imperative—to restructure them after the pandemic subsides.

Source: After COVID-19, we must invest in—not isolate—our most vulnerable communities

Nearly all the world’s students—a full 90 percent of them—have now been impacted by COVID-19 related school closures. There are 188 countries in the world that have closed schools and universities due to the novel coronavirus pandemic as of early April. Almost all countries have instituted nationwide closures with only a handful, including the United States, implementing localized school closures.

Today, there are strong practices and approaches that the humanitarian community employs across almost any case in which education is disrupted for a protracted period of time.

Yet, this week when I received my third-grade son’s packet to support remote learning while his school is closed, it had no information about COVID-19. Rather, it was a series of math, reading, drama, and science assignments—useful for continuing his learning, but clearly a missed opportunity for ensuring that he, and by extension his family, knew exactly what to do to mitigate the spread of COVID-19.

Where were the age-appropriate materials that would equip students with the latest advice on how to stay safe?

Source: COVID-19 is a health crisis. So why is health education missing from schoolwork?

At this stage in the COVID-19 pandemic, uncertainty prevails.

The greatest error that geopolitical analysts can make may be believing that the crisis will be over in three to four months, as the world’s leaders have been implying. As documented in The Atlantic and elsewhere, public-health experts make a compelling case that COVID-19 could be with us in one way or another until a vaccine comes on the market or herd immunity is achieved — either of which could take 12 to 18 months, unless we get lucky with a cure or an effective treatment before then.

A long crisis, which is more likely than not, could stretch the international order to its breaking point.

Even after a vaccine is available, life will not go back to normal. COVID-19 was not a black swan and will not be the last pandemic. A nervous world will be permanently changed.

COVID-19 is the fourth major geopolitical shock in as many decades. In each of the previous three, analysts and leaders grossly underestimated the long-term impact on their society and on world politics.

Source: Stretching the international order to its breaking point 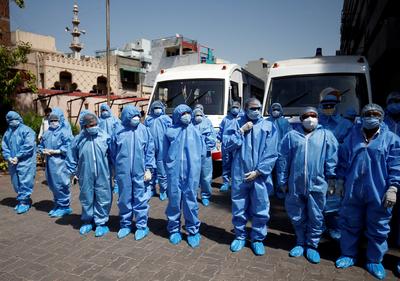 India has so far escaped a big surge in cases after Prime Minister Narendra Modi asked its 1.3 billion people to stay indoors in the world’s biggest lockdown last month that authorities have enforced tightly.

But shuttering down the $2.9 trillion economy has left millions of people without work and forced those who live on daily wages to flee to their homes in the countryside for food and shelter. 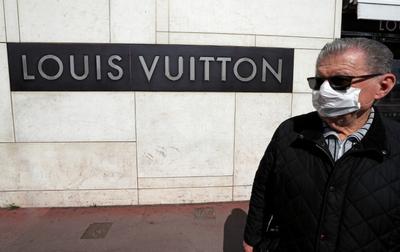 Luxury mega-brands like LVMH and Kering, owned by two of France’s richest men, are bracing for a whopping Covid-19 hit. With stores closed across the United States and Europe, Goldman Sachs expects sector sales to contract 30% in 2020. That’s three times as bad as in 2009.

But it still doesn’t give the duo an excuse to rein in costs by tapping state-backed job support schemes in countries like France, as a report by the Financial Times suggested they were tempted to do. 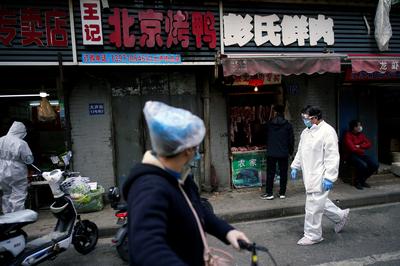 People will be allowed to leave the city via road, rail and air, and more non-essential businesses will open their doors again, providing the first glimpse of what life could be like after a lockdown.

But conversations with residents like Li and others suggest that it is far from simple. Many are still coming to terms with the scars of an outbreak that saw Wuhan account for 61% of the 81,708 reported cases in China.

Like a lot of organizations that are learning to operate with large swaths of telecommuting employees and contractors, the Defense Department is suddenly finding itself using videoconferencing software by Zoom. But as use of Zoom’s products has skyrocketed, so has awareness of various security vulnerabilities — and of the Chinese subcontractors who wrote large portions of its code.

Zoom is officially approved for use in unclassified situations by troops, DoD employees, and contractors.

“The Defense Information Systems Agency reviews and approves third party applications for use on official DOD systems, and Zoom is included in the suite of DOD Enterprise Mobility Personal Use Mobility Apps,” Lt. Col. Robert Carver, Department of Defense spokesman, told Defense One in an email.

Source: The Pentagon Is Using Zoom. Is it Safe? – Defense One It doesn’t have to be this way.

Early in the last global crisis, the Great Recession, the heads of state of the countries in the G-20, which had previously been a smaller summit of mostly finance ministers, met for the first time as a group to develop a cooperative response to stimulate the global economy, including pledging to avoid protectionist measures.

This time around, the leaders of the G-20 had to meet virtually, given the restrictions in place to try to contain COVID-19, but they notably declined to condemn export restrictions, saying only that measures should be “targeted, proportionate, transparent, and temporary.”

Given the utter lack of leadership in the current crisis, it is not surprising that barriers to medical exports, and even some staple grains, are growing, complicating an effective pandemic response and putting countries that rely on imports in danger, particularly developing countries with weak health care systems.

Source: Fighting Over Limited Medical Supplies Is No Way to Respond to COVID-19 Above-Top Secret contingency plans already exist for what the military is supposed to do if all the Constitutional successors are incapacitated. Standby orders were issued more than three weeks ago to ready these plans, not just to protect Washington but also to prepare for the possibility of some form of martial law.

According to new documents and interviews with military experts, the various plans – codenamed Octagon, Freejack and Zodiac – are the underground laws to ensure government continuity. They are so secret that under these extraordinary plans, “devolution” could circumvent the normal Constitutional provisions for government succession, and military commanders could be placed in control around America.

“We’re in new territory,” says one senior officer, the entire post-9/11 paradigm of emergency planning thrown out the window. The officer jokes, in the kind of morbid humor characteristic of this slow-moving disaster, that America had better learn who Gen. Terrence J. O’Shaughnessy is.

He is the “combatant commander” for the United States and would in theory be in charge if Washington were eviscerated. That is, until a new civilian leader could be installed.

Source: Exclusive: Inside The Military’s Top Secret Plans If Coronavirus Cripples the Government