Trump has created a bizarre absence of information channels from people who know things to the Oval Office. Just look at the coronavirus. People were trying to tell him this was a problem in early January. And on the rare occasions anybody who knows something gets through to him, he doesn’t want to hear it. That’s his temperament. He doesn’t want you to give him the bad news. And if you give him the bad news, you’re fired.

That’s exactly the opposite of the temperament you want in somebody who’s managing risk. People are already reluctant to give you bad news or bad information or tell you about risky situations because it’s an inherently unpleasant thing to do. If you disincentivize them even further, you’re just not going to find out what you need to know.

But there’s a third aspect to him that I find is almost the key to everything. So far, we’ve been talking about Trump as if he cares about risk and he wants to manage it well. I don’t think that’s true.

I think that his whole life is about doing whatever his impulses tell him to do. And then, after the fact, telling a story that renders him the hero of the story — the person who saved the day. He’s always done this, no matter the facts.

The coronavirus crisis is a tragedy still in its first act; the full breadth and depth of its carnage are as yet unknowable. What is clear is that COVID-19 will cast a long shadow over the world. In the coming months, someone or some country will define the international order for years, perhaps decades, to come. While others may want only to look inward, the United States must lead the world through this grim future to the other side of the pandemic.

First, there are worrying trends to overcome. Global institutions already have absorbed damage from which it will be difficult to recover. The European Union, or EU, has taken a body blow. With the organization unable to generate a coordinated response, member countries are taking their own paths and some will be crushed by debt.

Source: The US Must Lead the World Out of This – Defense One

Ukrainians rode a wild roller coaster in March. President Volodymyr Zelenskiy began the month by firing the prime minister and reshuffling the cabinet, prompting concern that oligarchs were reasserting their influence. COVID-19 and its dire economic implications, however, refocused attention.

At the end of the month, the Rada (Ukraine’s parliament) passed on first reading legislation key to securing low-interest credits from the International Monetary Fund.

Source: March was a roller coaster month for Ukraine

Since Ronald Reagan’s 1980 victory over Jimmy Carter, Republican presidential candidates have benefitted from enthusiastic support of evangelical Christian voters, specifically white evangelicals. As demographics in the United States continue to shift, election analysts must understand the scale of evangelicals’ role in the Republican coalition, especially in swing states.

Combining a few considerations about the size, demographic makeup, and voting behaviors of white evangelical Christians with an analysis of voters in an important swing state helps clarify why this electoral group is essential for any Republican coalition during the 2020 race to the White House.

Source: Why Trump is reliant on white evangelicals 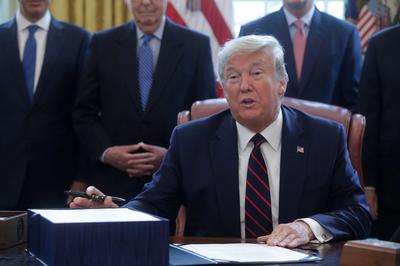 The U.S. government’s massive effort to nurse the economy through the coronavirus crisis was billed as a send-money-and-don’t-sweat-the-details flood of cash to people and businesses in a $22 trillion system that has ground to a halt.

So far, the checks are not in the mail.

From technological glitches to confusion over the fine points of policy, the delays are mounting. The federal government’s muddled response risks deepening and lengthening a recession already historic for the speed of its onset. 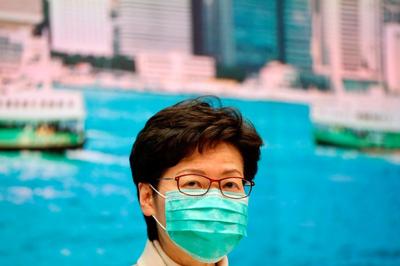 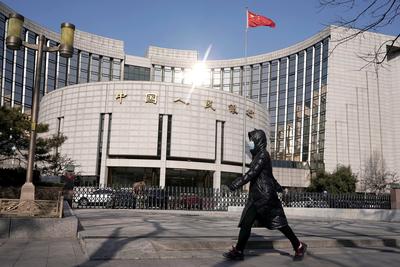 China’s central bank will ramp up its policy easing to support the coronavirus-ravaged economy but debt worries and property risks will prevent it from following the U.S. Federal Reserve’s steep rate cuts or quantitative easing moves, policy sources said.

China’s leaders have pledged to combat the impact from the pandemic that looks to have tipped the world’s second-largest economy into its first quarterly contraction in at least 30 years, as mounting job losses pose a threat to social stability.

The People’s Bank of China (PBOC) will boost credit and lower funding costs, especially for small firms seen as vital for growth and jobs, and accommodate increased fiscal spending, according to three sources involved in internal policy discussions. 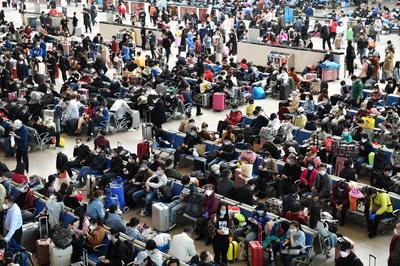 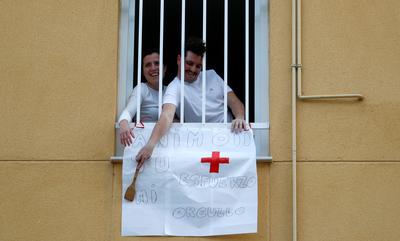 The number of confirmed infections of the novel coronavirus exceeded 1.38 million globally and the death toll crossed 81,400, according to a Reuters tally as of 0200 GMT.

– For an interactive graphic tracking the global spread, open tmsnrt.rs/3aIRuz7 in an external browser.

– U.S.-focused tracker with state-by-state and county map, open tmsnrt.rs/2w7hX9T in an external browser.

Source: Factbox: Latest on the spread of the coronavirus around the world – Reuters