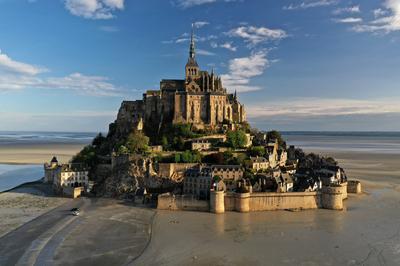 In normal times, the mount draws more than 2 million visitors a year. Now it lies empty except for 30 local residents whose restaurants, souvenir shops and cafes depend on the influx of tourists.

The abbey was founded in 966, built on a sanctuary dedicated to the Archangel Michel, but it was in the 13th century that work began on the Gothic center-piece of its architecture, with towering walls and soaring pinnacles.

Tourists began swarming to the abbey and the village that arose in the shadows of its walls in the 1980s after it was designated a World Heritage Site.

Now with France under virtual lockdown, however, the Mont Saint-Michel is closed to the public and tourism is almost the only source of income.