A group of Democratic lawmakers and advocacy groups are teaming up to push for federal funding to ensure affordable internet access nationwide in the next coronavirus stimulus package.

Sens. Richard Blumenthal (D-Conn.) and Ed Markey (D-Mass.) and Rep. Nydia Velázquez (D-N.Y.) joined a dozen of the groups, including Common Sense Media and Demand Progress, in a livestream Wednesday to make the case for new funding.

“We have a digital divide in this country, there’s no question about it,” Blumenthal said.

Privacy hawks say they’re keeping a close eye on a new project tied to contact tracing that involves Apple and Google, warning that information gathered on Americans must remain limited to fighting the coronavirus.

The two companies earlier this month announced their joint effort to create a software package for public health organizations that would allow them to develop contact tracing apps.

The apps will create a list, kept on individuals’ phones, of people they have come into contact with over a roughly two-week period. If an app user becomes infected with COVID-19, the disease caused by the novel coronavirus, they can choose to share the diagnosis with a centralized database operated by the public health service.

Senior defense officials are making decisions based out of fear they will upset President Donald Trump, exposing a growing culture problem at the Department of Defense, a top Democratic lawmaker and others allege.

The charge comes as a senior Trump administration official at the Pentagon on Wednesday sent back the Navy’s recommendation on the fate of Capt. Brett Crozier, demanding a deeper investigation into his dismissal from command of the coronavirus-stricken USS Theodore Roosevelt.

The problem, critics say, is not that Trump is interfering in the chain of command — exerting what’s known as “undue command influence” on decisions that are meant to be adjudicated within a strict military hierarchy — but that military officials are acting based out of fear that he will.

Digital networks that deliver the internet to our homes, and the services that ride on those networks have leapt from an ancillary “nice to have” to something that is critical to economic activity and our daily lives. It is time to consider whether these companies are too important to be left to make the rules governing their behavior themselves.

Source: COVID-19 has taught us the internet is critical and needs public interest oversight 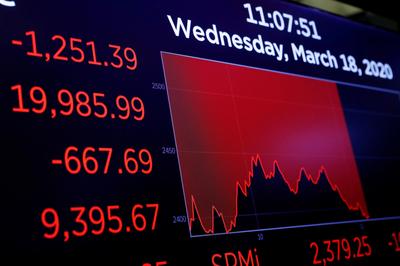 With the coronavirus pandemic threatening to trigger a surge in corporate loan defaults, borrowers and investors in so-called covenant-lite loans and high-yield bonds with weak protection for creditors are taking stock fast.

“The number of questions have just skyrocketed since March 1. People are just poring over the documents,” said Charles Tricomi, head of leveraged loan research at Xtract Research in New York, which analyses debt covenants for investors. 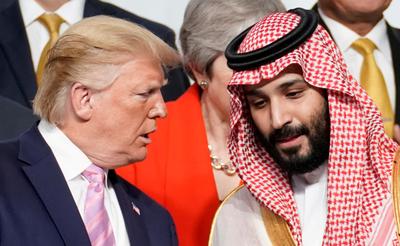 In an April 2 phone call, Trump told Saudi Crown Prince Mohammed bin Salman that unless the Organization of the Petroleum Exporting Countries (OPEC) started cutting oil production, he would be powerless to stop lawmakers from passing legislation to withdraw U.S. troops from the kingdom, four sources familiar with the matter told Reuters.

Trump delivered the message to the crown prince 10 days before the announcement of production cuts. The kingdom’s de facto leader was so taken aback by the threat that he ordered his aides out of the room so he could continue the discussion in private, according to a U.S. source who was briefed on the discussion by senior administration officials. 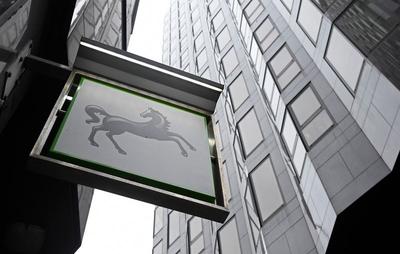 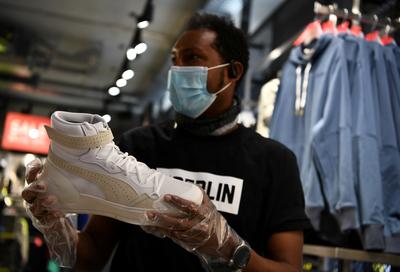 Companies large and small, which have been hammered by the COVID-19 pandemic the world over, are eager to see how consumers respond as they emerge from lockdown. Are they too worried to go out shopping, or primed to unleash pent-up demand?

Issues include how to keep customers at a safe distance apart, with changing rooms a particular headache. Also how best to protect staff and disinfect surfaces, among other questions. 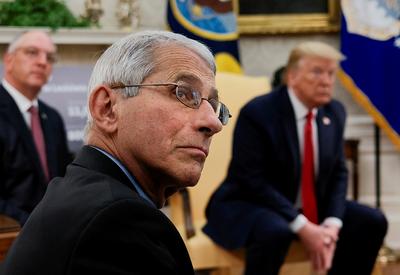 The dramatic announcement by Dr Anthony Fauci in the Oval Office on Wednesday prompted concerns among scientists that the Trump administration was raising hopes about a coronavirus treatment before sharing the full data with researchers.

As a cautionary example of inflating the potential value of a therapy, some pointed to President Donald Trump’s repeated endorsements of malaria drug hydroxychloroquine as a treatment, with no evidence that it works.

Newer data suggests the malaria treatments may carry significant risks for some sufferers of the respiratory disease caused by the virus. The political future of a president who has been called the “Trump of the Tropics” now hangs in the balance as Bolsonaro continues to actively exhort Brazilians to reject public health measures, even as the number of COVID-19 cases in the country climbs rapidly. In recent days, Bolsonaro has lost two of the most popular members of his Cabinet in circumstances that left him politically wounded.

Now, the Supreme Court is looking into allegations—from Bolsonaro’s own justice minister—that the president meddled with the police and obstructed justice, a move that could ultimately sink his presidency.

Each day, it seems, brings a new development in the troubles swirling around Bolsonaro.

Source: In Brazil, Bolsonaro Is Writing His Political Obituary With COVID-19