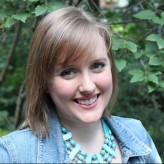 Overall, findings from the survey indicate that C-suite executives struggle to achieve effective revenue management, and 89% say they are losing billions of dollars through revenue leakage.

Some 75% know they “leave money on the table” and must do better. Even worse, those surveyed state that they don’t know how to fix revenue management issues, underscoring the need for new technologies and solutions to help capture and manage revenue.

The team made a hydrogel consisting of a polyacrylamide framework infused with water and specific ions. When they heated the hydrogel, two of the ions (ferricyanide and ferrocyanide) transferred electrons between electrodes, generating electricity.

Meanwhile, water inside the hydrogel evaporated, cooling it. After use, the hydrogel regenerated itself by absorbing water from the surrounding air.

Applying quantum computing to practical problems hinges on the ability to scale to and control thousands – if not millions – of qubits at the same time with high levels of fidelity. However, current quantum systems designs are limited by overall system size, qubit fidelity and especially the complexity of control electronics required to manage the quantum at large scale.

Having the control electronics and spin qubits integrated on the same chip greatly simplifies the interconnects between the two. But increasing the temperatures at which the qubits can operate is critical to advancing that goal.

Huawei is working with chip supplier STMicroelectronics to develop silicon for its mobile and automotive products as part of an effort to protect the Chinese company from broader US trade restrictions, according to a new report.

Japan’s Nikkei reported on the new partnership between Huawei and French-Italian chipmaker STMicroelectronics, citing unnamed sources familiar with the matter. The publication noted the partnership started last year but has not been publicly announced.

China’s Huawei currently obtains chips from a variety of sources including TSMC, a Taiwanese semiconductor firm. Several of Huawei’s 5G chips and server microprocessors rely on TSMC’s manufacturing capabilities. But there are growing indications that US officials will move to prevent Huawei from obtaining TSMC’s chips.

Indian telco giant Bharti Airtel has handed a massive contract to Finnish equipment maker Nokia for the rollout of a single radio access network (SRAN) in some of India’s busiest communities. While the value of the deal was not cited in the official statements, it is reportedly worth about $1 billion.

Under the agreement, Nokia will deploy 300,000 radio units in nine circles (service areas) for the expansion of Airtel’s 4G network over the next two years. The deployment will be across several spectrum bands, including 900MHz, 1800MHz, 2100MHz and 2300MHz. The nine circles seem likely to be those in which Nokia had previously supplied equipment, which, according to media reports, are Gujarat, Madhya Pradesh, Bihar, Rest of Bengal, Odisha, Mumbai, Maharashtra, Kerala and UP (East).

Is it “le fin” for the Finns in China?

The award of huge 5G contracts by China’s big three service providers has left Nokia empty-handed months after the Finnish firm warned of growing Chinese support for domestic vendors. Deals reportedly worth nearly $10 billion have been dished out by China Mobile, China Telecom and China Unicom in the last few weeks. Nokia scraped not even a cent.

Chinese partiality has not worked out quite so badly for Ericsson, the other big Western vendor. After landing a contract with Mobile worth about $593 million (at today’s exchange rate), the Swedish company at the weekend reportedly picked up a double-digit share of a massive 5G tender issued by Telecom and Unicom, which are jointly building a 5G network.

Analysts have put the overall value of this tender at around $4.6 billion. Ericsson seems to have walked off with deals worth at least $460 million.

Secure Boot is the process of validating code and images against hardware before they are used.

The idea is that the system should not trust any code or image until it has been validated as being authentic and that its integrity is confirmed. The system, as mentioned, should use a hardware-based Root-of-Trust to validate the code. Many systems that I’ve encountered in my career simply assume that the code in their flash memory is correct and start executing it the moment the processor boots with few, if any checks.

If a developer wants to secure their system, this is one practice that can longer be followed. The system needs to securely boot and validate all the code that it will be loading and executing.

And don’t forget about COBOL, which doesn’t even make the TIOBE index but has seen a sharp rise in job demand thanks to antique payroll software applications and the incredible rise in unemployment due to COVID19.

For contrast, the latest GitHub annual State of the Octoverse arranges the list in a slightly different order.

The State of the Octoverse is GitHub’s report on the most popular programming languages and open source projects on its code-sharing service for programmers. GitHub claims 40 million developers use its hub to collaborate and share code for their projects. It must be noted that a few years ago Microsoft acquired GitHub for $7.5 billion as part of its plan to attract more developers to its cloud.

The top three most popular programming languages according to GitHub are JavaScript, Python, and Java followed by PHP, C# and C++. Typescript comes in at seventh place.

Once again Chinese vendors have claimed almost the entirety of a massive 5G tender.

China Telecom and China Unicom last Friday jointly awarded Huawei and ZTE 88% of the total value of a tender for 5G standalone equipment, according to Shanghai Security News.

The Finns are finished in China’s 5G radio market.

After failing to land contracts with the country’s big three mobile operators, Nokia today signaled a retreat from 5G radio in the world’s largest mobile market and said it would focus on the sale of other network products to Chinese customers.

“A return to 5G radio at some point in the future is not out of the question but our approach has consistently been prudent,” said Rajeev Suri, Nokia’s CEO, during a phone call with reporters.