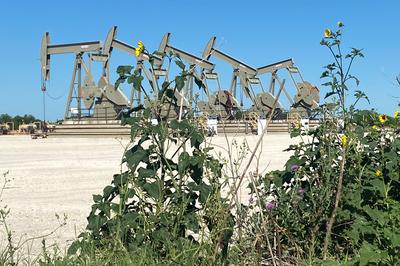 The worst oil bust in decades has slashed the bounty that flowed to millions of rural Americans like Ruckman, who said his royalty checks have plummeted 70% since January.

“I imagine they’re going to be dropping quite a bit more,” said Ruckman, who owns the land with his brothers.

The bust has erased tens of thousands of jobs in the drilling and service sectors, dried up local tax revenues and charitable largess that flowed along with crude oil to Texas, North Dakota and Oklahoma.

Thanks to modern drilling technology, shale has turned the United States into the world’s No. 1 energy producer, pumping as much as 13 million barrels per day (bpd) before prices crashed.