There was a lot of big news in the semiconductor industry during the last week. Taiwan-based TSMC announced plans to build an advanced $12 billion semiconductor fab in Arizona.

The U.S. stepped up its effort to cut off advanced chip supply to China-based Huawei, saying that any chips produced using U.S. technology anywhere in the world would need a license.

The same day of TSMC’s announcement, rival China-based foundry SMIC announced a $2.2 billion infusion from various Chinese government backed funds. Following these announcements, TSMC reportedly said it would stop producing chips for Huawei after those currently under contract and in production were completed (as outlined in the U.S. directive).

“Think about TSMC from a U.S. perspective,“ said Robert Maire, president of Semiconductor Advisors in his SemiWatch newsletter in April. “They have blown past beloved Intel in terms of technology dominance and clearly enabling AMD and others. They are building chips for the U.S.’s enemies both military and commercial. They have in essence put U.S. foundries out of business, GloFo, Intel’s foundry effort among others, and forced the U.S. to buy all advanced chips from them with no alternate.

“They are getting a “bear hug” from their bigger nearby neighbor who covets them and could crush the U.S. technologically by taking them over. And last, but not least, TSMC has refused U.S. efforts to get them to either put a fab in the U.S. or help with one such that the U.S. chip supply would be protected from a hostile takeover.”

Chinese telcos are reporting 65 million 5G subscribers at the end of April, a handy 17 million increment on March.

Yet there’s a huge gap between the operator totals and the number of devices sold.

Fewer than 44 million 5G phones have shipped in China since 5G began six months ago, according to the China Academy of Information and Communications Technology (CAICT).

The operator numbers don’t even include China Unicom, which hasn’t broken out its 5G subs. With a network on the same scale as China Telecom, it quite likely has at least 10 million 5G customers.

So the disparity between devices and subs could be as much as 30 million.

Source: China’s 5G subs may be overstated by 40% | Light Reading

Ill-prepared, the U.S. performed poorly in responding to the initial coronavirus outbreak in China disclosed in January; then the confirmed pandemic declared by the World Health Organization in March.

In early February, the U.S. Department of Health and Human Services predicted billions of N95 masks would be needed while only tens of millions were available in the Strategic National Stockpile. Despite repeated warnings from experts and government officials as well as earlier PPE shortages elsewhere, the U.S. has continued to rely on Chinese PPE manufacturers even though many Chinese factories were shut down after a January 23 lockdown.

Between January and March, the U.S. government did nothing to develop a proactive contingency plan to design and produce PPE (including masks, protective coveralls, and facial shields) domestically.

Joining an anti-China club would be a risky move for a company that owed a major slice of its business to the Chinese market. While the recently established Open RAN Policy Coalition has never identified itself as anti-Chinese, its entire raison d’être is to secure government support for a technology seen by some hawkish US officials as the weapon to fight Huawei, China’s biggest maker of network equipment. Most existing members are American. None is Chinese.

The shifting and Chinese fortunes of Ericsson and Nokia, Europe’s two big manufacturers of radio access networks (RANs), probably explain their contrasting attitudes toward the newest club in the bustling open RAN community. Spurned in China’s RAN market, and less averse to open RAN technology than its chief rivals, Nokia signed its membership form last week. Ericsson, which recently boasted a market share improvement in China, does not look set to follow.

“It’s way too early to talk about 6G,” said Fredrik Jejdling, the head of Ericsson’s networks business, in February. Rival equipment vendor ZTE would disagree. Today, it disclosed details of a 6G partnership with China Unicom, one of the country’s big three national operators. Service speeds of 20 Gbit/s are envisaged.

It’s not the first time China and Chinese organizations have paraded their 6G colors. In February last year, Eric Xu, one of the rotating bosses at Huawei, told reporters that 6G was preoccupying his mind.

Huawei CFO Meng Wanzhou this afternoon has lost a key court battle that was intended to delay her extradition to the US. But even with the loss, Meng isn’t heading to the states anytime soon.

Meng was first arrested in December 2018 and she was charged with being in violation of US sanctions when a company controlled by Huawei sold telecom equipment to Iran.

Specifically, the US said she lied to bankers about Huawei’s links to Skycom Tech, a firm that was active in Iran and an alleged shell company for Huawei. According to US prosecutors, and noted again in this Canadian trial, Huawei’s Meng is said to have claimed that Skycom was a partner, not a subsidiary.

Huawei is moving quickly to assure its semiconductor supply in the wake of the latest US government ban.

The Commerce Department announced on May 15 that it would prohibit Huawei from buying chips built with US hardware or software.

A ban on buying components from US suppliers, imposed 12 months ago, has had minimal effect on either Huawei’s network or handset business.

But the latest restrictions, which will take effect 120 days after the announcement, will almost certainly have a deeper impact.

They will likely end Huawei’s relationship with its largest chip manufacturer, Taiwan Semiconductor Corp (TSMC), and curtail its in-house chip business. (See Huawei is running short of friends, but it still has options.)

Huawei is now reported to be in talks with multiple chip firms to ensure supply, in particular for its handset division.

The global space battery market is projected to grow at a healthy rate, reaching US $146.1 million in 2023, according to a Research and Markets report. This growth is in large measure due to the launching of hundreds of Internet of Space communication satellites by One Web, Space X and others. These constellations are expected to provide fast Internet capabilities to even the remotest parts of the planet.

Another driver for the growth of space batteries is a significant uptick in government space budgets and activities. For example, US-based Northrup Grumman was recently awarded $2.3 billion for a Space Force contract to develop missile-warning satellites. Additional, NASA’s first crewed space craft in over 9 years will launch atop a SpaceX Dragon rocket from U.S. soil within the next few weeks.

The fab was never brought online, but GF held on to the possibility of opening it. As recently as half a year ago, when asked if GlobalFoundries remained committed to the plant, GF executive vice president of finance Tim Breen insisted that “the Chengdu factory will not be sold, this is just a market rumor.”

In 2016, GF and Chongqing municipality signed a memorandum formed a joint venture to set up a local plant. Shortly afterward, GF reported a large financial loss. The project was put on hold, and then collapsed entirely.  After the project fell through, Chongqing’s neighboring city Chengdu moved in to cut a deal with GlobalFoundries in late-2016. 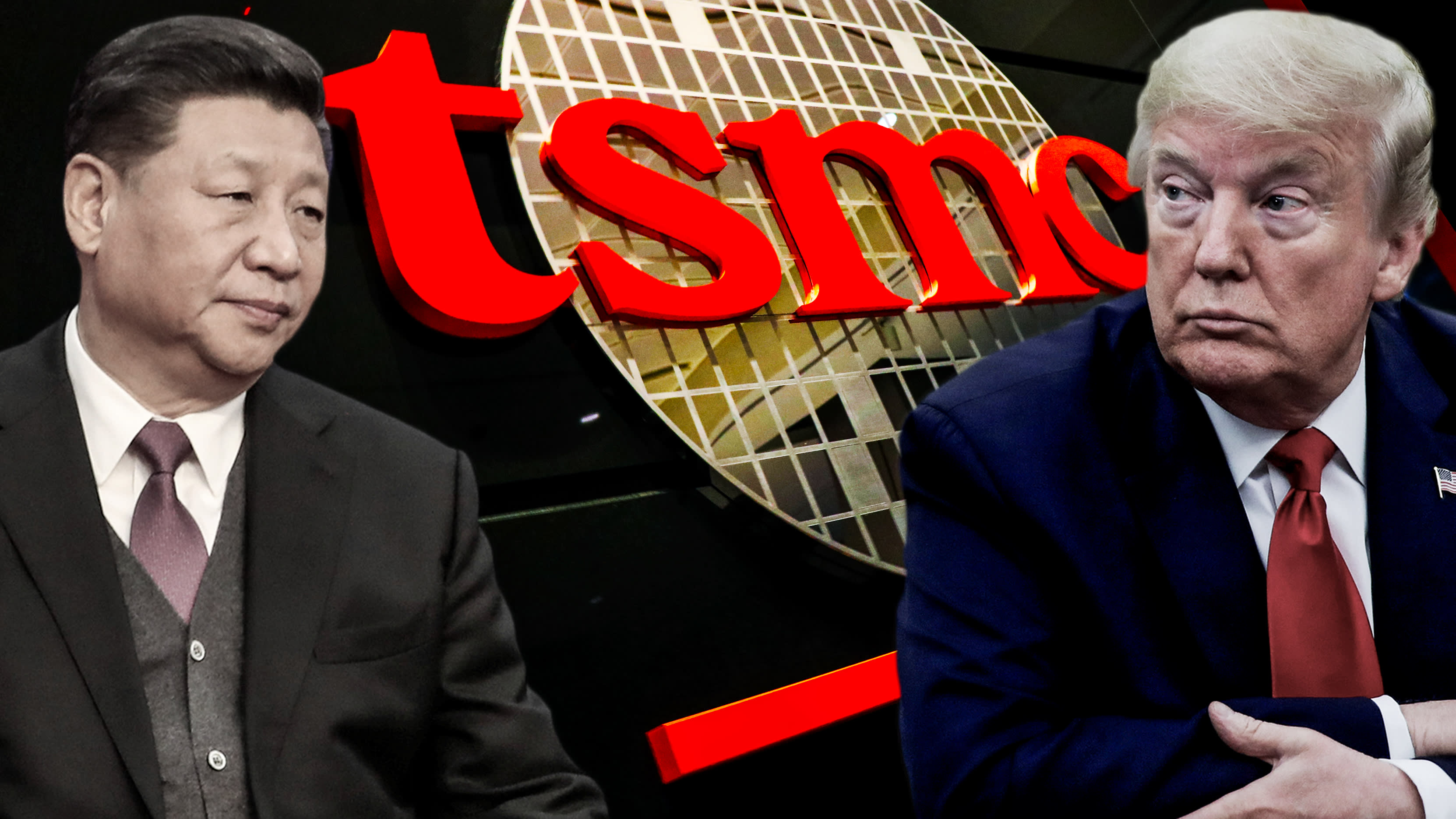 The U.S. has issued a new set of trade rules that hamper American-made semiconductor equipment sales to China. As a result, telecom and networking giant Huawei Technologies reportedly is trying to persuade Samsung and TSMC to build an advanced production line that does not use U.S. equipment.

Under the latest trade regulation, fabless semiconductor companies are worried they will be the next target of sanctions by the United States.