From Cinderella to Rapunzel, Snow White to Beauty and the Beast, if you want to live out your childhood fairytale favorites, Germany is the perfect place.

Here are five fairytale towns you won’t want to pass by. 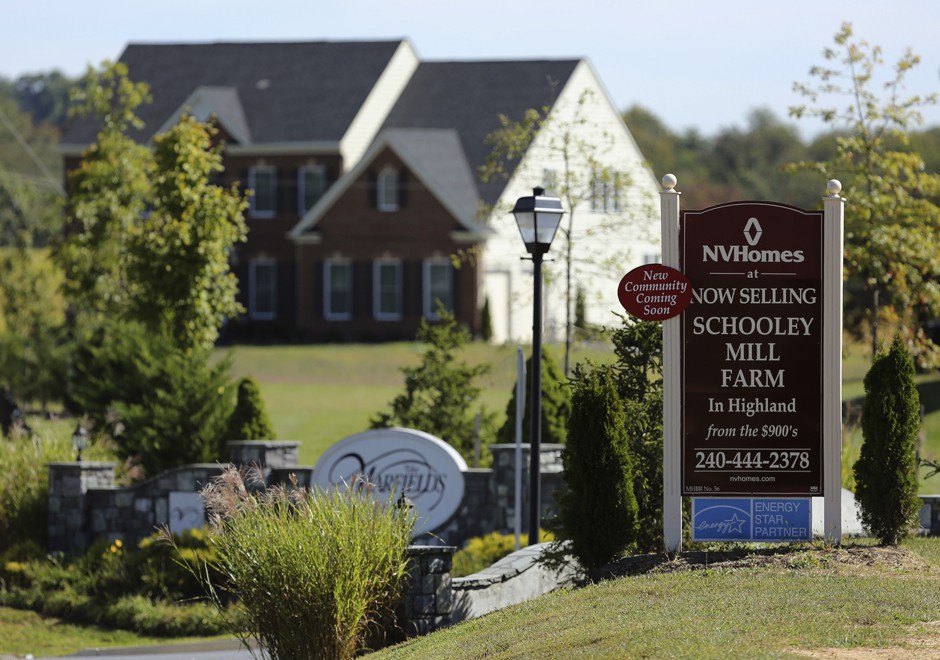 Another striking finding of the study is how these results differ by race: She finds that whites are concentrated in the most advantaged areas, and experience a strong positive effect of living in these areas that drives the overall strong influence of these neighborhoods.

Black residents are more widely distributed across wider variety of neighborhoods, although still overrepresented in disadvantaged ones. But educational attainment is not as affected by this geography. That means, even if African Americans live in advantaged neighborhoods, they may not experience benefits compared to what their white counterparts experience. Even though one former officer, Derek Chauvin, has been charged with third-degree murder, protests have continued night after night because they are not just about that single killing but what it represents: rampant police brutality that seems to have no consequences.

In fact, a recent analysis by advocacy group Mapping Police Violence found that 99 percent of police killings from 2014 to 2019 did not result in officers even being charged with, let alone convicted of, a crime.

Source: The anger behind the George Floyd protests, explained in 4 charts – Vox

Europe is a hotspot for nuclear weapons and has put the safety of its citizens in the hands of Trump and Putin. Instead, it needs to take the lead in the campaign towards nuclear disarmament, Beatrice Fihn told EURACTIV in an interview after the US withdrawal from the Open Skies Treaty.

Why should we prioritize nuclear weapons? Around $73 billion has been spent on nuclear weapons only in the last year and that number is estimated to increase significantly in 2020. During a raging pandemic, when we don’t have enough ventilators to help people, we are prioritizing an unusable, inhumane, indiscriminate weapon that violates rules of warfare.

We need to recognize that the world is drastically changing and that kind of warfare is a thing from the past. It doesn’t make sense to invest this huge amount of money. The health crisis came and hit Europe very hard and who saved us? It was the nurses, it was essential workers, it was not a big stockpiles of weapons. The situation we’re in now shows that our priorities have been misguided for the last decade, we have invested very heavily in weapons when that is not really what is protecting the people in Europe. 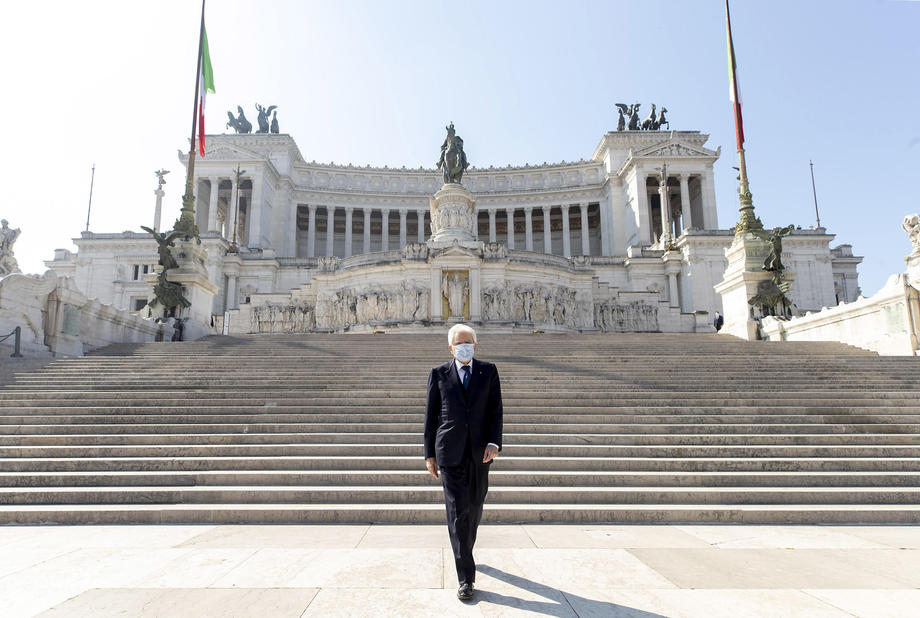 Before the COVID-19 pandemic hit globally, 2020 was slated to be a crucial year for EU-China relations, with a major summit in September set to take a significant step forward in their economic and strategic relationship.

But after years of pursuing closer bilateral ties with China, Europeans are starting to realize that they might have underestimated Beijing, and have become dangerously dependent on Chinese trade and investment.

With concerns ranging from human rights violations to accusations of spreading misinformation in Europe, the COVID-19 crisis has been a reminder that closer engagement with China comes with risk and might have led to a reset in European thinking on China – despite the “mask diplomacy” played by Beijing.

Germany’s foreign ministry on Thursday (28 May) called in the Russian ambassador to discuss possible sanctions over a 2015 hacking attack on the German parliament, in an escalating diplomatic row.

The ministry said in a statement it had spoken to Sergey Nechayev after evidence suggested a Russian military spy had targeted leading German politicians including Chancellor Angela Merkel.

German prosecutors issued an arrest warrant for Russian national Dmitry Badin on 5 May and accused him of spying against the lower house of parliament in 2015 on behalf of Russia’s GRU military intelligence service.

EU-China relations will be one of Germany’s EU presidency priorities in foreign policy matters, with an overall objective of “strengthening Europe as an anchor of stability in the world,” said Chancellor Angela Merkel. EURACTIV Germany reports.

There are many indications that the German EU Council Presidency will be a crisis presidency.

This also applies to foreign and security policy, the priorities of which Chancellor Angela Merkel presented on Wednesday evening (27 May) at an online event organised by the Konrad-Adenauer-Stiftung.

In the morning, Merkel had already presented to the heads of the parliamentary groups a revised programme for Germany’s Council Presidency, which had to be updated because of the coronavirus pandemic.

“Relations with China will be a foreign policy priority of the Council Presidency,” the chancellor said.

The US National Security Agency on Thursday (28 May) warned government partners and private companies about a Russian hacking operation that uses a special intrusion technique to target operating systems often used by industrial firms to manage computer infrastructure.

“This is a vulnerability that is being actively exploited, that’s why we’re bringing this notification out,” said Doug Cress, chief of the cybersecurity collaboration center and directorate at NSA. “We really want… the broader cybersecurity community to take this seriously.”

The notice is part of a series of public reports by the spy agency, which is responsible for both collecting foreign intelligence and protecting Defense Department systems at home, to share actionable cyber defense information.

Cress declined to discuss which business sectors had been most affected, how many organizations were compromised using the Russian technique, or whether the cyber espionage operation targeted a specific geographic region.

The NSA said the hacking activity was tied directly to a specific unit within Russia’s Main Intelligence Directorate, also known as the GRU, named the Main Center for Special Technologies. 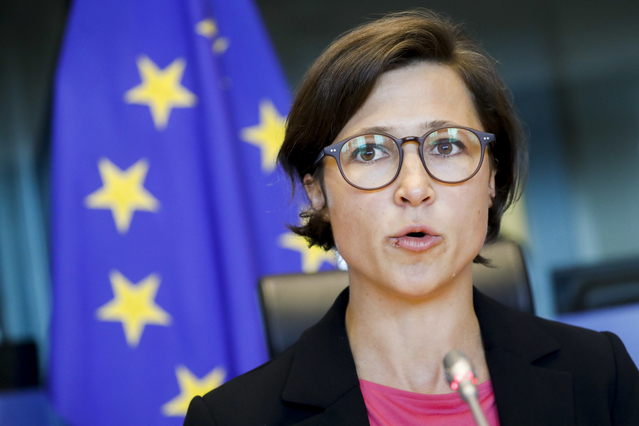 The EU is currently the second-largest arms supplier in the world, after the US and before Russia, and a new European Parliament report by MEP Hannah Neumann (Greens) is set to urge the Commission and member states to address concerns over the lack of transparency and common arms export rules across the bloc.

“There’s a broad agreement across political parties to support the call for increased transparency and coherence on EU arms exports,” Neumann told EURACTIV in an interview. “But we know that once it comes to concrete activities and measures to take, some significant differences remain.”

The 2008 EU Common Position has established legally binding criteria, including the ban of arms exports that provoke or prolong armed conflicts or aggravate existing conflicts, and Council conclusions in 2019 reaffirmed that “military equipment and technology should be traded in a responsible and accountable way”.

Although there has been more and more cooperation on arms production among member states, arms exports still remain a largely national responsibility.

Due to the growing economic recession, the possibility of early elections in Turkey is increasing, writes Lucia Yar.

Will President Erdoğan be replaced in Turkey if the economic crisis deepens after the pandemic?

The Turkish president himself may be looking for a successor within the ranks of his close allies but so far without success. His position will continue to be only gently undermined by opposition: Republicans with their increasingly popular mayors, and to a much smaller extent, the pro-Kurdish HDP, experiencing its own internal turbulences.

Much more damage could be done by the President´s former associates. Given the emergence of the new parties, the AKP-led government may soon be very interested in shutting them down. Moreover, in order to circumnavigate the post-COVID crisis, much buzz has been created around the possibility of early elections. In times of emergency, AKP has a record of calling snap polls.