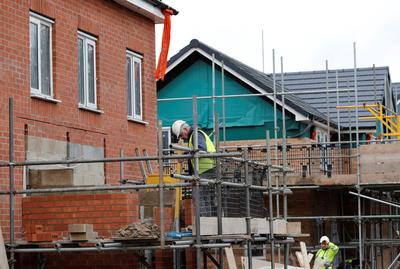 EXTRA BOOST. British housebuilder Persimmon said on Thursday that revenue plunged more than 30% to 1.2 billion pounds for the six months ended June 30 after the housing market screeched to a halt during two months of lockdown as potential buyers were generally unable to visit homes.

But things aren’t all bad. Customer demand in the six weeks since its sales offices in England reopened in mid-May showed signs of life, with around 30% more weekly average net private sales reservations than last year.

On top of that, Chancellor Rishi Sunak confirmed on Wednesday that he will give the housing market a tax break, at a cost of 3.8 billion pounds. Thursday’s hint of a recovery pushed Persimmon shares up more than 5% and suggests Sunak jumped the gun. With the economy expected to contract almost 9% this year, the money may be needed elsewhere. (By Dasha Afanasieva)