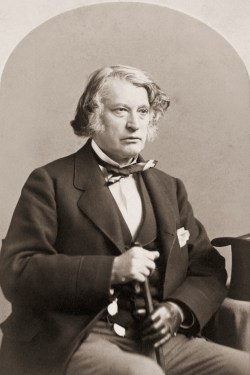 The Senate’s debate did not begin over race and citizenship, but rather over election fraud and reform of the naturalization process. Republicans blamed their losses in recent elections on Irish and German immigrants who were churned out of “naturalization mills” just in time to vote for Democratic candidates. Depending on one’s political perspective, the Republican-backed Naturalization Bill either sought to “purify the ballot-box” or to make access to citizenship as complicated and expensive as possible, ultimately discouraging immigrants from even applying.

Sumner added fire to an already explosive debate with his amendment to do away with the “whites only” clause of the naturalization law. Congress had already amended the Constitution and passed civil rights acts to protect newly freed African Americans during Reconstruction. Sumner now pushed the Senate—an all-white male institution except for Hiram Revels of Mississippi, the nation’s first Black Senator—to expand Reconstruction’s great promise.

Source: When Congress Chose Not to Equalize Access to US Citizenship | Time