In the brave new world of the digital economy, workers in platform companies are still workers. They just don’t have the rights to which all workers in Europe should be entitled.

Work may have moved to the digital space but people exist in the real world. Their need for decent working conditions and pay, security and safety has not gone away. To defend them, trade unions need to be attractive and effective.

At the end of the 19th century, under the looming shadow of European colonial encroachment, political and intellectual elites in Iran began to draw on nationalist forms of belonging as a way to unify the various ethnic and religious groups that lived within its territory. The nation was gaining ground at this time as the acceptable and legible idiom of collective political demands. As in most of Africa and Asia, nationalism was anticolonial, understood as a liberatory basis of solidarity to gain independence (or protect) from European colonial rule. Among its distinctive features is a conflation between land, a national(ised) language, and a people. But nationalism also sought to produce cultural homogeneity, and so fostered ugly forms of subordination and violence against peoples who, amid new ideals of the nation, suddenly became linguistic and religious minorities. In the case of Iran, nationalists seized upon the Persian language as a crucial basis of national identity, one that could be shared across religious and sectarian lines. But at the turn of the 20th century, fewer than half of the population of Iran spoke Persian as a first language (or at all). 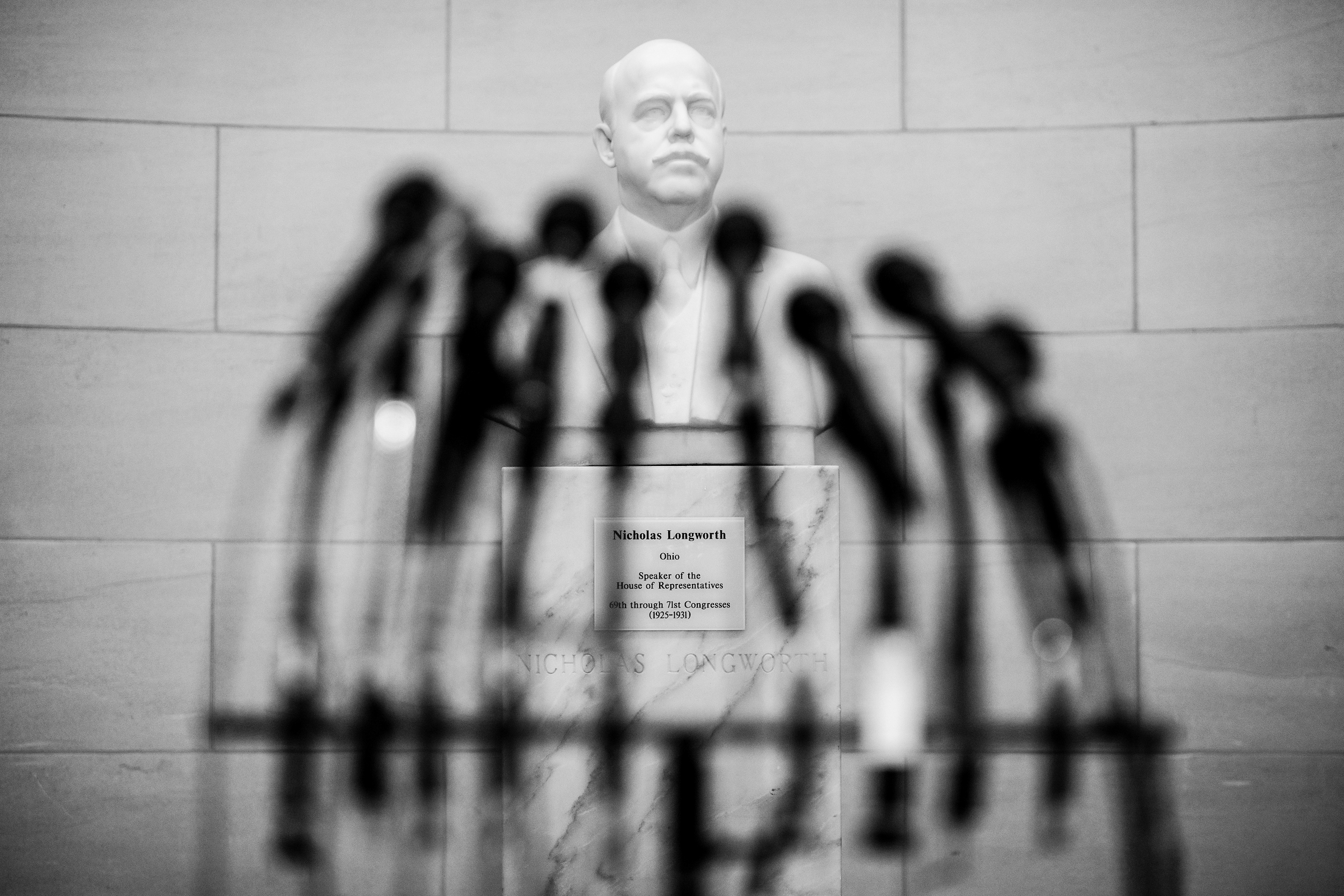 Sitting in front of a plain, blue backdrop decorated with only an American flag and the seal of the House of Representatives, Rep. Ralph Norman took aim at his political opponents.

“Ms. Criswell, you talk about ‘crisis’ — we’ve got a crisis on the border,” the South Carolina Republican began Tuesday. “In seven months, we’ve had over 170,000 illegals cross the border. It’s a medical crisis and it’s a military crisis. We’ve got an inflation crisis — ask any American who’s paying 40 and 50 percent more for gas from foreign countries that don’t like us if that’s not a crisis … along with the food and everything else inflation is hitting. We’ve got a military crisis in Afghanistan. We’ve got 13 dead Marines; we’ve got Americans left behind. We’ve got crises, and this administration has simply not addressed them.”

Source: It’s an empty room and hardly anyone’s watching. So why is Congress grandstanding? 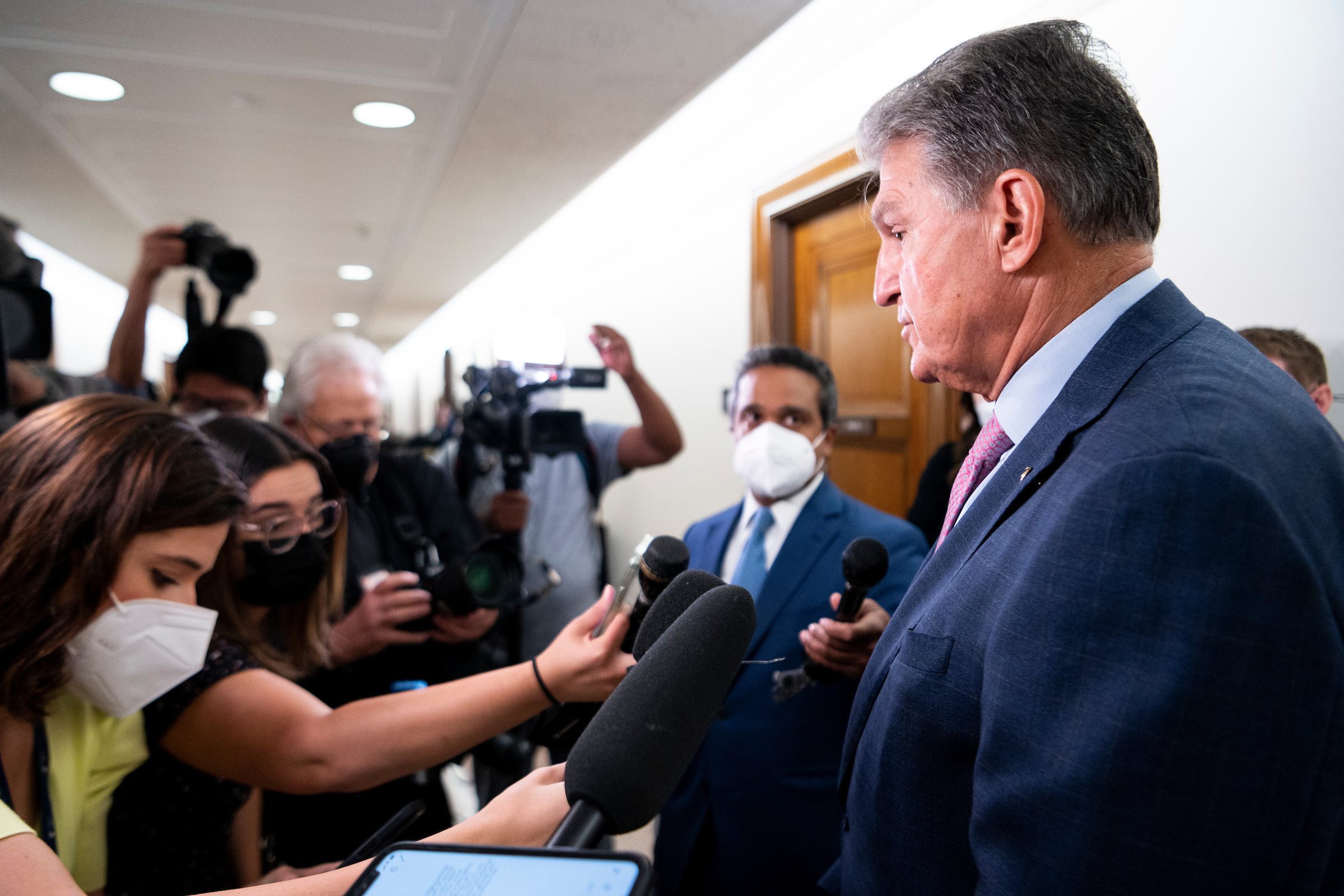 Climate hawks on and around Capitol Hill accustomed to seeing Republicans thwart their agenda have found a new roadblock in Democratic Sen. Joe Manchin III of West Virginia.

Environmentalists knew they would face challenges winning Manchin’s support for the $3.5 trillion budget reconciliation package that Democrats can pass only if all 50 of their senators vote yes.

Manchin and Sen. Kyrsten Sinema, D-Ariz., have complained the House version of the package costs too much and would raise taxes too high on wealthy Americans and corporations.

LAST WEEK, the new chief prosecutor of the International Criminal Court — the only international body with the authority to prosecute individuals over genocide, crimes against humanity, and war crimes — sought to reopen a previously suspended investigation in Afghanistan but with a caveat. The probe would not include conduct by the United States and its allies, including the U.S.-backed former Afghan government, all of which have committed crimes that fall squarely within the court’s jurisdiction.

The court’s prosecutor, Karim Khan, who has been on the job for just over three months, wrote in a statement that his office would focus exclusively on crimes committed by the Taliban and by the Islamic State Khorasan Province, or IS-K, the Islamic State group’s affiliate in Afghanistan.

Source: How U.S. Derailed Effort to Prosecute Its Crimes in Afghanistan

THIS SUNDAY, the International Consortium of Investigative Journalists unveiled an enormous analysis of tax havens around the world based on a huge leak of documents from 14 offshore services firms. The ICIJ is calling the leaked records the “Pandora Papers.”

The investigation should be particularly enraging for ordinary citizens everywhere because it found 35 current and former world leaders who are making use of complex financial maneuvering to conceal their wealth, avoid taxes, or both.

Source: We Can Shut Down Crimes Exposed in the Pandora Papers

A FIVE-DAY COURSE of molnupiravir, the new medicine being hailed as a “huge advance” in the treatment of Covid-19, costs $17.74 to produce, according to a report issued last week by drug pricing experts at the Harvard School of Public Health and King’s College Hospital in London. Merck is charging the U.S. government $712 for the same amount of medicine, or 40 times the price.

Source: Merck Sells Covid Pill for 40 Times What It Costs to Make

It’s a concrete fact that women earn less than men do. The true gender pay-gap is not known with certainty, but, when comparing equally qualified people doing the same job, most estimates by labor economists put it at 10% – 20%.  The crucial question remains its cause. One common explanation is that women are less likely to negotiate their salaries. We’ve seen this in both bestselling business memoirs like Sheryl Sandberg’s Lean In and in previous studies like the research-based Women Don’t Ask.

Gaining access to a more recent, and more detailed, dataset allowed us to investigate this question anew. What we found contradicts previous research. The bottom line of our study is that women do “ask” just as often as men. They just don’t “get.”

Source: Research: Women Ask for Raises as Often as Men, but Are Less Likely to Get Them

The UN Climate Summit set to begin Oct. 31 in Glasgow will bring an unprecedented combination of leaders for such an event (even Pope Francis!), and the likely absence of vital players — notably Chinese President Xi Jinping.

Why it matters: The speeches and backroom meetings at COP26 between leaders on the summit’s first two days will set the tone for the rest of the gathering. These will be moments when countries showcase any new pledges to cut greenhouse gas emissions in order to meet the Paris Agreement’s targets.

While the Biden administration tries to navigate the domestic political obstacles to implementing the president’s so-called Build Back Better plan, it has quietly started laying the groundwork for a parallel program with major geopolitical implications. Just getting off the ground, Build Back Better World, or B3W, is a plan to improve global infrastructure, widely defined, with an eye to not only raise living standards but, just as importantly, to counter China’s growing influence.

The idea was formally announced by the Group of Seven leaders during the G-7 summit last June. It aims to take on China’s high-profile Belt and Road Initiative, or BRI, but in a way that contrasts sharply with China’s most controversial practices, while deliberately highlighting the distinctions between the two initiatives by emphasizing partnerships built on values and transparency.

Source: Latin America Is the Latest Arena for China-US Competition