Add to your existing leadership strengths to maintain an edge as time and circumstances change.

Learning to lead is not a “one and done” assignment, a box to tick before you get responsibility for a team of direct reports. While CEOs like Jack Welch, who led GE in a 20-year period of relative stability, were able to apply the same foundational approaches and methods throughout their careers, that is no longer the case. Global markets and supply chains, technologies, regulatory requirements, and societal advances continue to evolve and demand new strategies and responses for individual leaders and their firms to survive and grow. To maintain an edge throughout your career as a leader, you need to build on your existing strengths, adding new capabilities and evolving to meet the demands of the times.

Insider trading is “alive and well,” according to Wharton accounting professor Daniel Taylor.

“A lot of people have been taught or learned that somehow all of this was stamped out in the ‘80s and the ‘90s. But [data] suggests that more than 50% of surveyed Americans feel the stock market is rigged and these sorts of things are going on in broad daylight on Wall Street,” he said during an interview with Wharton Business Daily on SiriusXM.

Source: What Will It Take to Curb Insider Trading? – Knowledge@Wharton 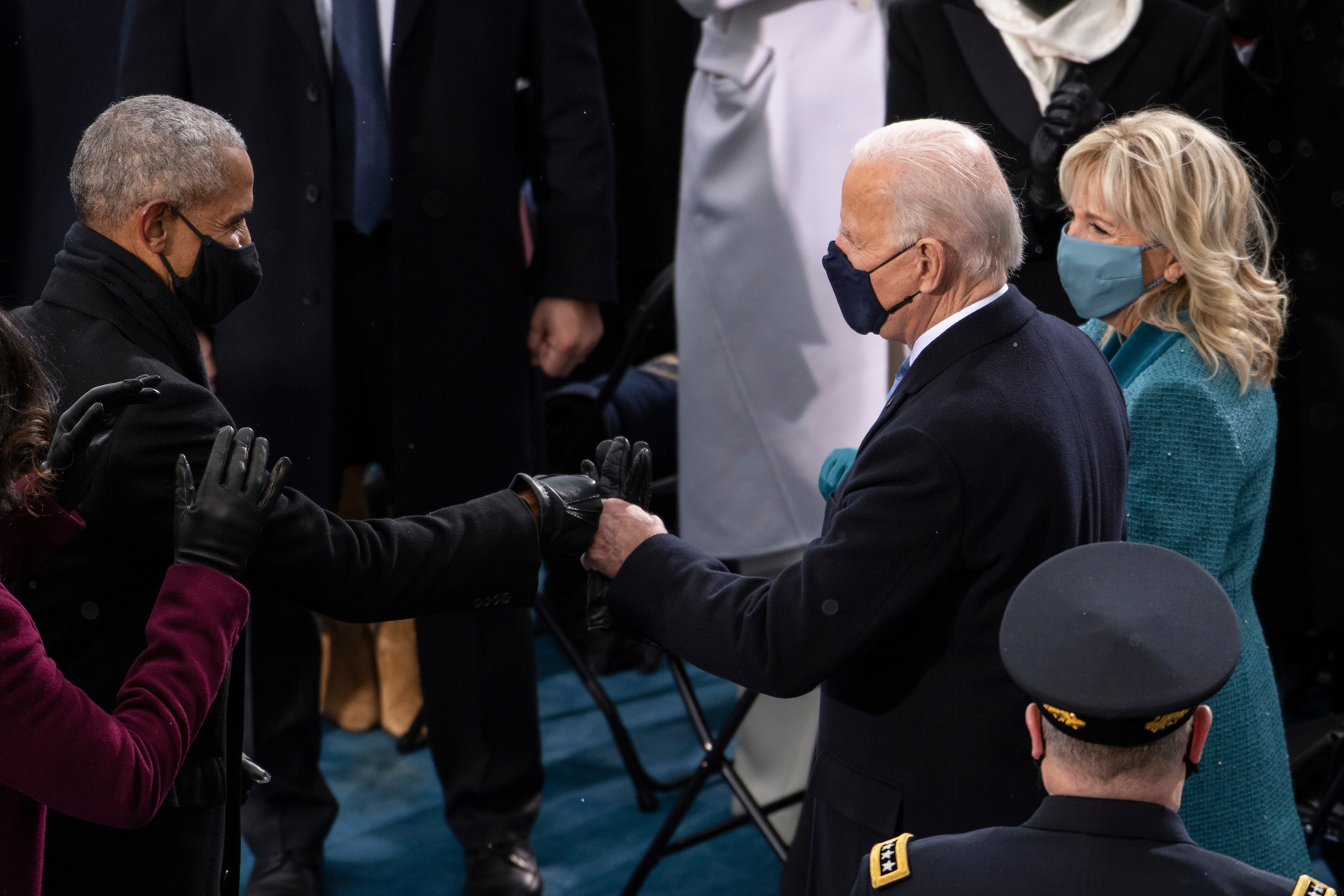 Inflation and climate change make for strange policy competitors. But here we are with the highest inflation in 13 years and supply chain bottlenecks disrupting everything from home building and auto sales to food and energy prices.

And where is President Joe Biden and most of his Cabinet off to in 12 days? That would be the U.N. climate summit in Glasgow.

Instead of hosting an inflation summit here at home or announcing actions to spur employment and growth, the Biden team will be hobnobbing with its international counterparts as ships continue to stack up at Long Beach and store shelves begin to empty while the nation’s supply chain logjams drive up prices and shortages for basic necessities that affect every American.

Almost two years into the COVID-19 pandemic, it’s still not clear exactly how, where or when the SARS-CoV-2 virus began infecting people. Many experts believe the virus jumped from animal hosts to humans, but researchers continue to investigate the possibility that it escaped from a laboratory.

It’s not clear which, if either, of those theories is correct, and as time passes, the chances of finding a concrete answer grow slimmer. 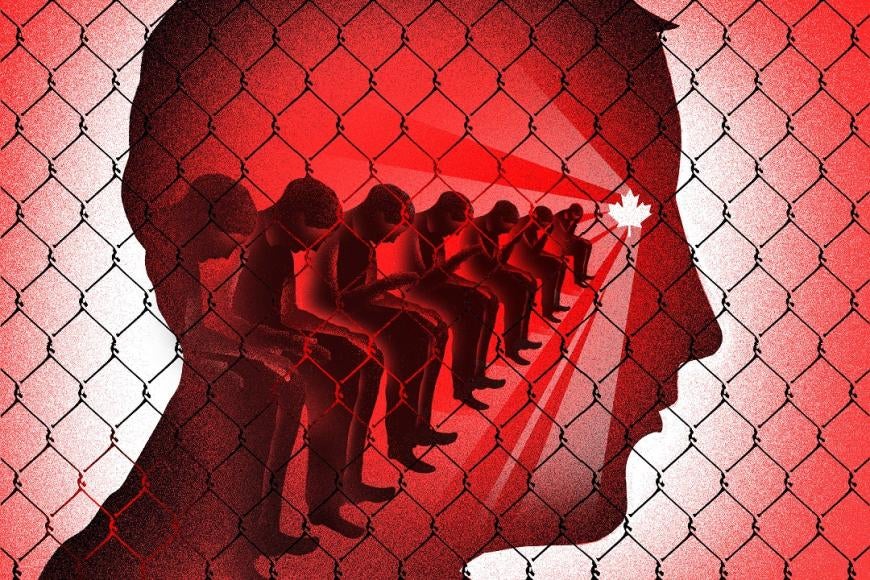 Canada incarcerates thousands of people, including those with disabilities, on immigration-related grounds every year in often abusive conditions, Human Rights Watch and Amnesty International said today in a joint report ahead of World Refugee Day on June 20.

The 100-page report, “‘I Didn’t Feel Like a Human in There’: Immigration Detention in Canada and Its Impact on Mental Health,” documents how people in immigration detention, including those fleeing persecution and seeking protection in Canada, are regularly handcuffed, shackled, and held with little to no contact with the outside world. With no set release date, they can be held for months or years. Many are held in provincial jails with the regular jail population and are often subjected to solitary confinement. Those with psychosocial disabilities – or mental health conditions – experience discrimination throughout the process.

In July, an obscure but important body called the China Academy of Launch Vehicle Technology announced the 77th launch of the Long March 2C orbital launch vehicle, a workhorse of China’s ballistic missile and space programs. Then, in late August, a little more than a month later, the academy announced the Long March’s 79th launch.

At a minimum, for the specialists who monitor such things, the omission of a 78th launch seemed to portend something odd and potentially momentous. Now, nearly two months later, following a scoop by the Financial Times, the world found out that China has begun testing a terrifying new weapons system that few had expected to be so far along in its development.

Ahead of a critical global climate conference in November, a UN report released Wednesday shows that many of the world’s largest fossil fuel producers are still planning to ramp up production in the coming years, and will be burning far more fossil fuels in 2030 than what is consistent with global climate pledges.

The UN Environment Programme analysis shows that 15 major fossil fuel-generating countries will produce roughly 110% more coal, oil, and gas in 2030 than what would be necessary to limit warming to 1.5 degrees Celsius above pre-industrial levels, and 45% more than what would be consistent with 2 degrees.

Scientists have said limiting warming to those thresholds is critical to avoid the worst consequences of the climate crisis.

Northrop Grumman has built pioneering global security systems for generations. We were there at pivotal national defense and security milestones in the past century. Our multi-domain experience spans from building the first airplanes and developing the first radars to creating the Apollo Lunar Module and the world’s smallest microchip.

Today, Northrop Grumman is at the forefront of military technological and open-architecture advancements that enable the Joint Force. We have developed or currently play a critical role in delivering pathfinder capabilities that will deliver command and control in secure networks across each branch of the military, including the U.S. Air Force, U.S. Army, U.S. Navy, U.S. Space Force and U.S. Marines as well as partner countries including Australia, United Kingdom, Japan and Korea.

Source: Connecting the Joint Force as One – Northrop Grumman

We help utilities better operate, analyze and optimize their operations – from generation through to transmission and distribution. And, our software and services help utilities adapt to an increasingly challenging landscape impacted by regulatory, market and technological trends.

Source: How can we help your utility operations? | GE Digital

In this infocentric age of all-domain warfare, DISA truly has a challenging mission and critical role in the defense community. DISA must focus on security and serving customers ranging from the president of the United States to the combatant commanders and the individual warfighters on the tactical edge. DISA is a critical player in the world of joint, all-domain command and control (C2).

Many people don’t understand that DISA is a combat support agency with a huge challenge and mission to buttress the warfighter across cyberspace globally. In many ways, the agency can be likened to a large telecommunications and information service provider, except its role has a level of complexity, coordination and operational management that exceeds most providers.