LAST MONDAY, a Democratic firm hosted focus groups with women in Virginia who voted in 2017 for Democratic Gov. Ralph Northam, in 2020 for Democratic President Joe Biden, and then this month for Republican Gov.-elect Glenn Youngkin. It was centered on suburban women: a group that pivoted significantly to the right in the governor’s election.

Former business executive Glenn Youngkin won back the Virginia governor’s office for Republicans in part by touting his private-sector experience.

As the soon-to-be 74th governor of the state, he has several ambitious business campaign promises to fulfill. Succeeding Democratic Gov. Ralph Northam while promising a departure from the current administration on economic policy, Youngkin will try to keep the momentum going for a state chosen as the best in the U.S. for business in CNBC’s 2021 rankings. 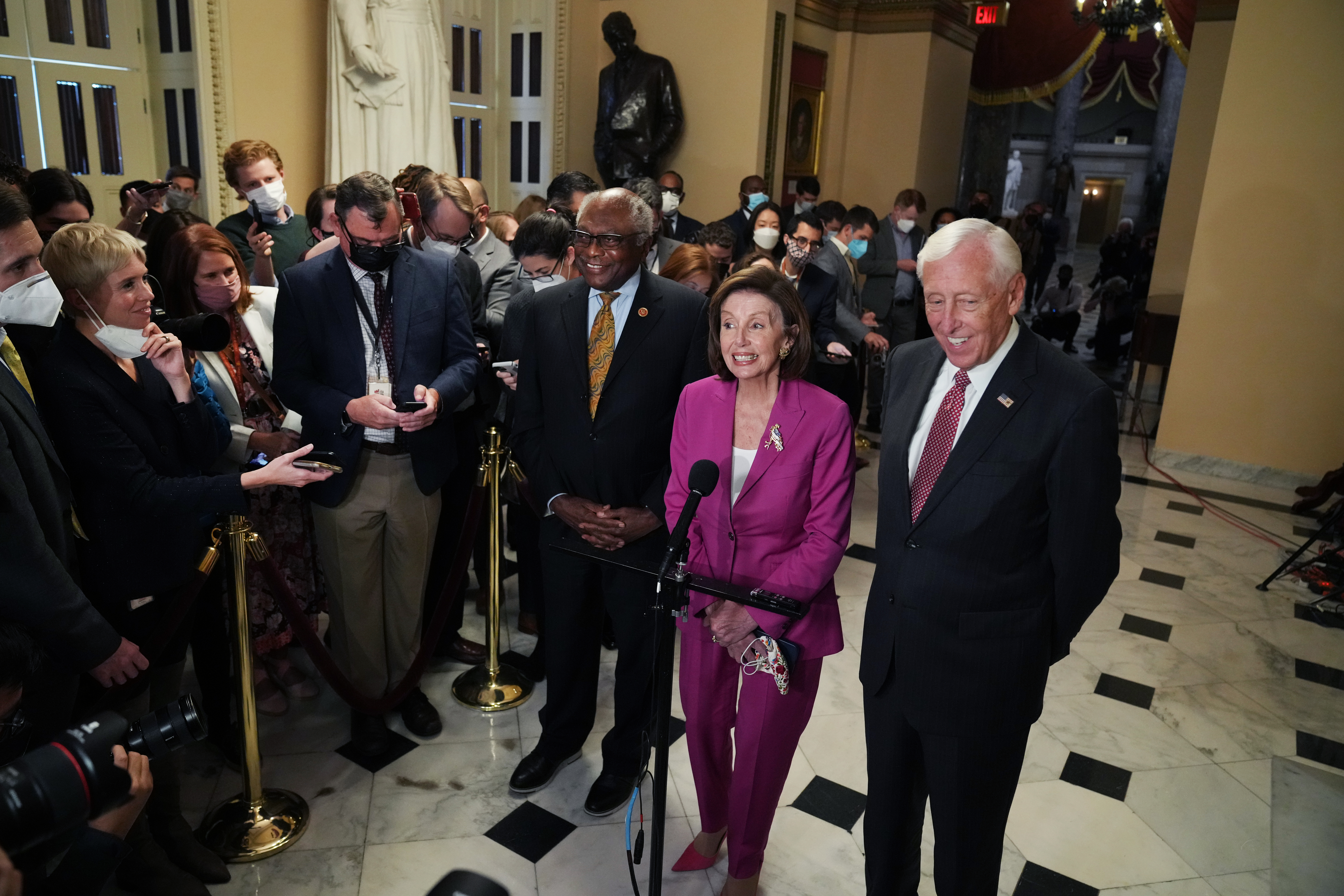 Democrats better hope things are darkest before the dawn because they now face a series of challenges that combine to offer a bleak near-term future for their party.

As I argued three weeks ago in this column space, two trends were preparing to collide in Virginia — Democrats’ growing strength in the commonwealth and in a handful of increasingly influential suburbs, and the midterm dynamic, which favors the party not controlling the White House. I suggested that the outcome would likely tell us something about 2022.

Well, the results from Virginia and, even more, from New Jersey, delivered nothing but bad news for Democrats.

Source: For Democrats, the future goes from bad to worse – Roll Call 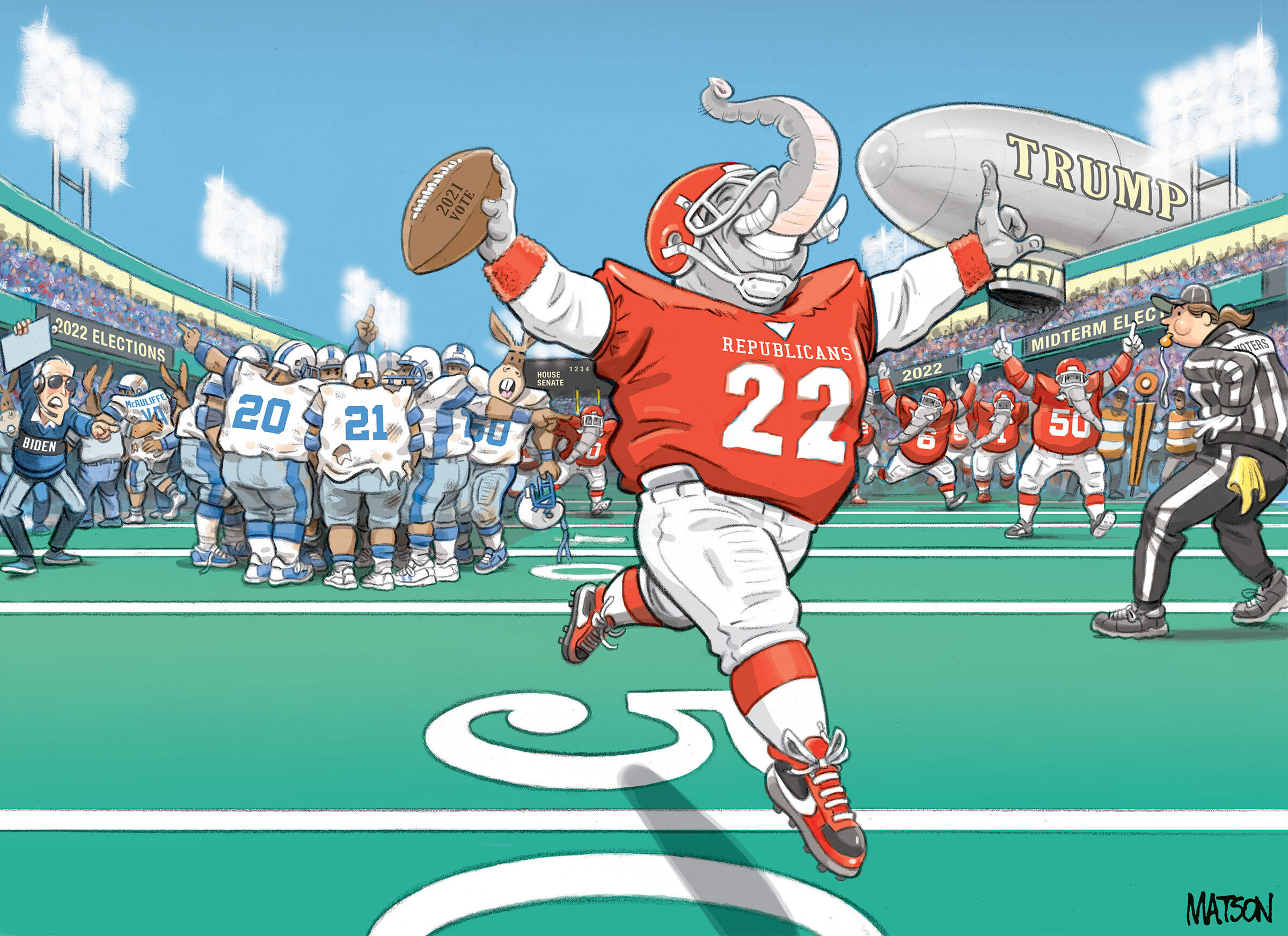 If there’s one lesson from recent elections, it’s that a lot can change in a year.

It’s important to keep that in mind with one year to go before voters next decide control of Congress. For an example of how things can change, consider that at this point in the 2020 cycle, no voters had heard of COVID-19.

Campaign strategists in both parties predict the midterm environment will be friendlier to the GOP. Republicans feel especially confident that history is on their side since midterms are typically difficult for the president’s party. But there could be plenty of surprises and twists over the next year as President Joe Biden and his fellow Democrats work to prevent Republicans from capturing the one Senate seat and five House seats needed to regain their majorities.

Source: One year out: 8 questions about the midterms – Roll Call

The Conference on the Future of Europe is a brilliant idea to give citizens voice in European decision making. However, the politicians involved just do not know how to engage with them, writes Kaspar Schultz.

Kaspar Schultz is the citizen representative of Estonia to the Conference on the Future of Europe.

The second plenary session of the Conference on the Future of Europe was held last Saturday. If there is a takeaway from the plenary, it is that citizens’ dissatisfaction with their lack of voice in the conference took the central stage, even if it was not supposed to.

Source: The EU has much to learn about how to engage its citizens – EURACTIV.com

After a resounding defeat in the German federal election, where 16 years of conservative rule came to an end, the CDU is trying to put the party on a new footing. But it is clearly struggling to rebrand conservatism.

The crisis of traditional conservatism has been some years in the making across Europe.

In France, the candidate of the party of Charles de Gaulle is currently polling at a measly 9%, and in Italy, the center-right has also imploded, relegated to a side role.

The CDU, seen as one of the last bastions of conservatism in Europe, posted its lowest ever election result in the 26 September elections and is now trying to pick up the pieces.

National elections just passed in Germany and upcoming in France deprive Europe of political leadership. But there is an electoral solution that could solve this problem, writes Matteo Garavoglia.

German citizens have voted. As the negotiations to form a coalition are likely to last until Christmas, Europe’s most prominent country will not be able to provide real leadership for Europe for at least three months. By January, France will also be in the midst of an election campaign for presidential elections (scheduled for April) and then for parliamentary elections (scheduled for June). Therefore, Europe’s second most important political and economic power will not be able to exercise serious political leadership for the first six months of 2022. And then come July and August: holiday season in Europe.

Source: How to prevent Europe from stalling – EURACTIV.com 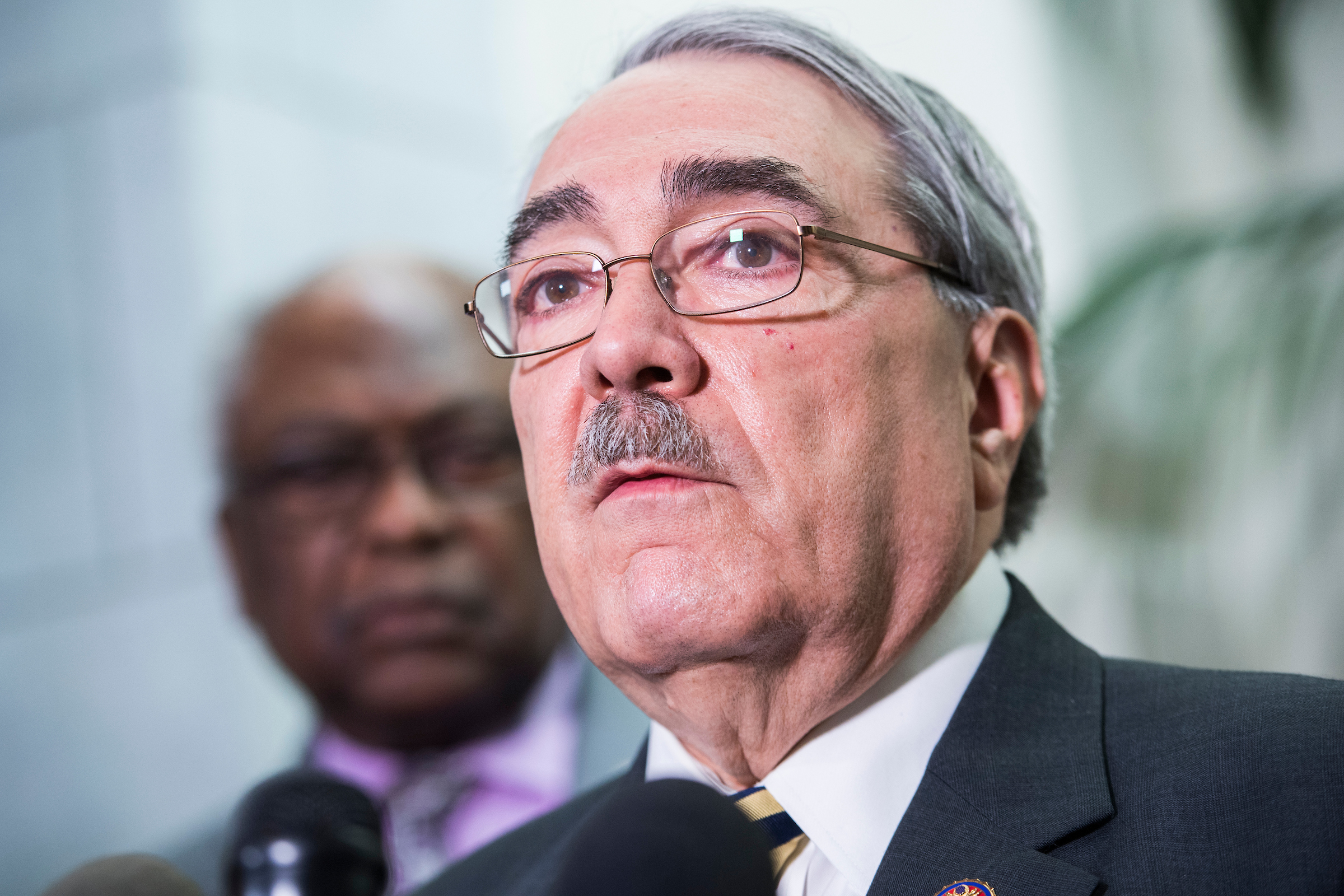 After a bruising election night for their party in Virginia and New Jersey, Democrats in Congress debated where to place blame Wednesday while the National Republican Congressional Committee expanded its list of House targets for the 2022 midterms to include members in the Old Dominion and beyond.

“These results should be an alarm clock rousing us from sleep,” said Rep. Bill Pascrell Jr., a New Jersey Democrat whose state’s Democratic governor won a surprisingly close reelection race. “We are in charge. If we don’t deliver then we won’t deserve to govern.” 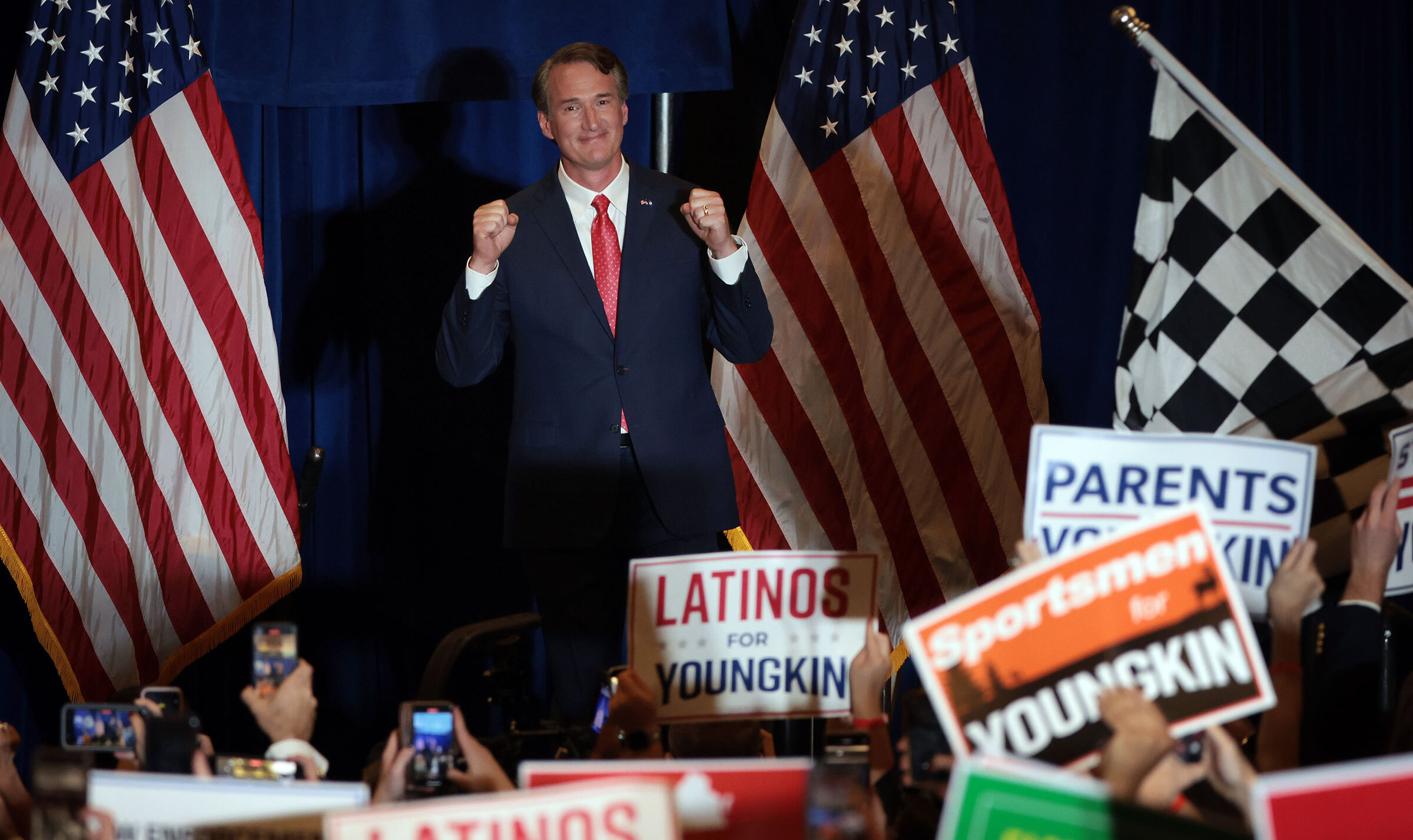 Tuesday’s off-off-year election was the vote heard round the world. Democrats were left reeling from what is a national rejection of progressive policies, from Virginia to New Jersey and Long Island, to Texas and even Minneapolis and Seattle. It is a defining loss for Democrats, who have been so convinced of the rightness of their liberal agenda and the popularity of their policies that an outcome this disastrous, this broad and this deep was simply inconceivable.

Source: Kamala Harris is right: Virginia result will resonate in 2022, 2024 and beyond – Roll Call

German citizens elected a new federal parliament on September 26th. While waiting for the winning parties to form a coalition government, it is worthwhile exploring what the election result means for equality and diversity. Such a glimpse into the composition of the new German legislature tells us that the Bundestag has become a bit more female and a bit more diverse—but not by much.

The share of women in the 20th Bundestag has only slightly increased, from 31.4 per cent after the previous election in 2017 to 34.7 per cent now. This slow rise in the number of seats held by women is primarily caused by the increase of votes for the social-democratic SPD and the Greens, two parties with much higher numbers of women among their candidates compared with the conservative CDU/CSU union and the right-wing AfD, which both lost seats.

Source: What did the German federal election mean for equality and diversity in the Bundestag? – Anne Jenichen