Posted on December 7, 2017 by George Mattathil 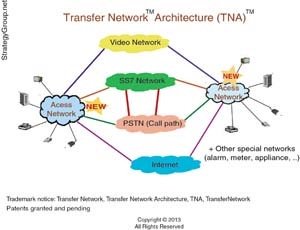 TO WHOM IT MAY CONCERN

By George Mattathil – In a nutshell, the current situation with cyber security [2] is the direct result of the developments during the the “internet bubble,” in the 1990s. Collapse of the Bell Labs permitted the unchecked growth of the “internet bubble” and related hype.

Bell Labs, during its three-quarters of a century existence, provided technology anchor and stellar expertise for the astonishing near saturation deployment of networks in the US. The divestiture and the collapse of the Bells Labs left a vacuum for network technology leadership, that was substituted by hype that surrounded the “internet mania.” As a result, current network industry is operating on flawed foundational principles.

This added to the deficiencies in economic decision systems for (network) technology adoption, with the results we are seeing today: cyber security [2] challenges, internet malware [2] attacks and political controversies [2].

I wrote in 2006, “The recent ‘dot-com bubble’ provided insights into the interplay of different sectors of the economy during a technology adoption cycle. A successful technology adoption trend has four necessary requirements: market demand/need, mature technology, institutional support and promotion. These factors interacted adequately in the case of railroad, aircraft and telephone, but not the internet.” (“Conceptual Barriers for Effective Network Design“, Annual Review of Communications, Vol. 59, edited by International Engineering Consortium, 2007).

One of the consequences of the flawed network foundations is that the Broadband [2] adoption (which includes IoT) is progressing much slower than it could.

Another side effect is that ongoing network deployments are architecturally incoherent, resulting in enhanced complexity and cost.

One Response to Network industry is operating on flawed foundational principles